Biorock technology, first invented in 1976 in Grand Isle, Louisiana by the late Wolf Hilbertz, architecture professor at the University of Texas at Austin (Hilbertz, 1979; Goreau & Hilbertz 2005), provides the highest settlement, growth, survival, and resistance to extreme environmental stresses such as temperature, mud, and pollution for all marine organisms investigated (Goreau, 2014), including corals, oysters, salt marsh grass, and seagrass, the very ecosystem builders whose loss has caused massive global coastal erosion. The method is completely safe and uses very little power. Biorock materials, which can be grown in any size or shape, are up to 3 or more times harder than concrete, and are the only marine construction materials that grow stronger with age and are self-repairing if physically damaged (Goreau 2012). Biorock technology saves whole coral reefs when they would die from extreme high temperature bleaching. Biorock methods have grown thriving oyster, salt marsh, and sea grass ecosystems in places where they had died completely and failed to regenerate naturally (Goreau & Trench, 2012). Biorock reefs have grown back severely eroded beaches naturally in just months (Goreau & Prong, 2017). It is therefore the most powerful tool for restoring essential but vanishing marine ecosystem services including protection of the coast from erosion, maintenance of biodiversity, and restoration of essential juvenile fish habitat. It is also the most cost-effective marine regeneration method, providing vastly superior results at much lower cost than the methods that have been used previously. This GCRA White Paper outlines the results of previous relevant work (apart from coral reefs which have been discussed elsewhere), and suggests specific applications to restore rapidly retreating coastal ecosystems.

The first Biorock projects, done at Grand Isle, Louisiana, aimed to produce building materials via seawater electrolysis, by precipitating hard limestone minerals from sea water on top of steel frames. The steel was entirely protected from corrosion and hard white minerals grew over it. The first projects were powered by photovoltaic panels, and when Wolf Hilbertz came back three months later the limestone was completely overgrown with adult sized oysters that had spontaneously settled and grown all over it (Hilbertz, 1979). Oyster covered material from Louisiana is the Biorock in the upper left of the image below. 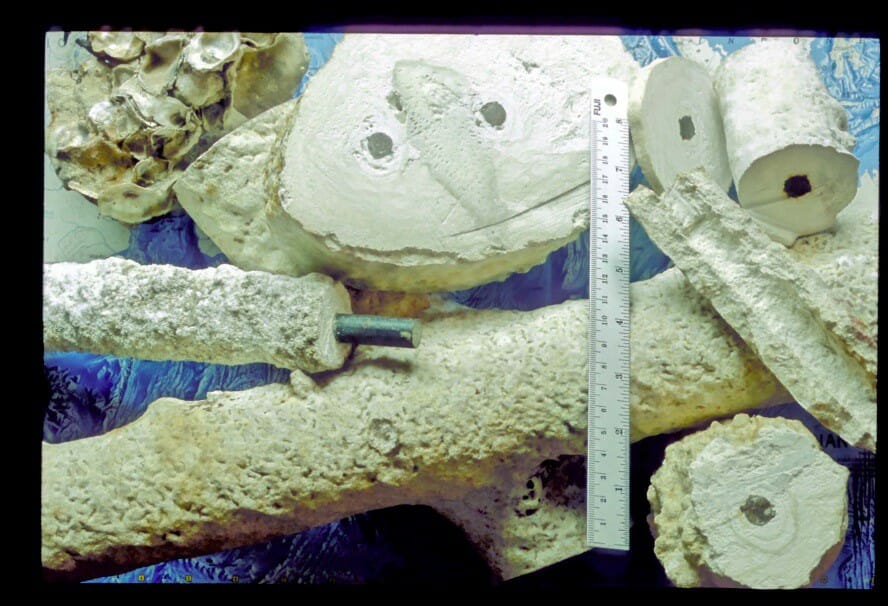 A wire mesh basket, 9 inches across, was wired up for growth of materials, a few months later it was packed completely full with oysters that had spontaneously settled and grown (Goreau, 2012). The basket was then taken out of the water, and sat outdoors for around 25 years exposed to rain in a backyard in British Columbia. When it was removed from the ocean there was no rust visible and the metal was shiny, all the rusting in the photo took place in this period of exposure on land. 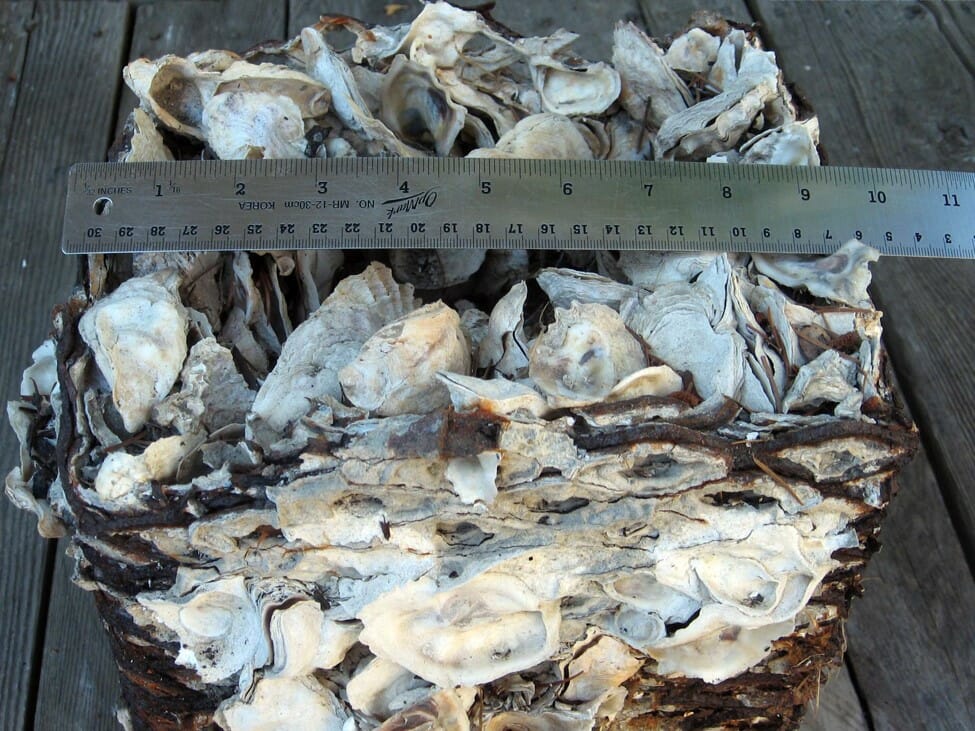 Figure 2. Oysters that spontaneously settled in a metal basket and grew to adult size in months. Grand Isle, Louisiana. Photo by Eric Vanderzee.

Similar intense spontaneous settlement of mussels was observed in an experiment in the Straits of Georgia, British Columbia (Goreau, 2012). The photo below shows a mesh wired up to a trickle charge in the center, on with a smaller charge on the left, and one with no charge on the right. 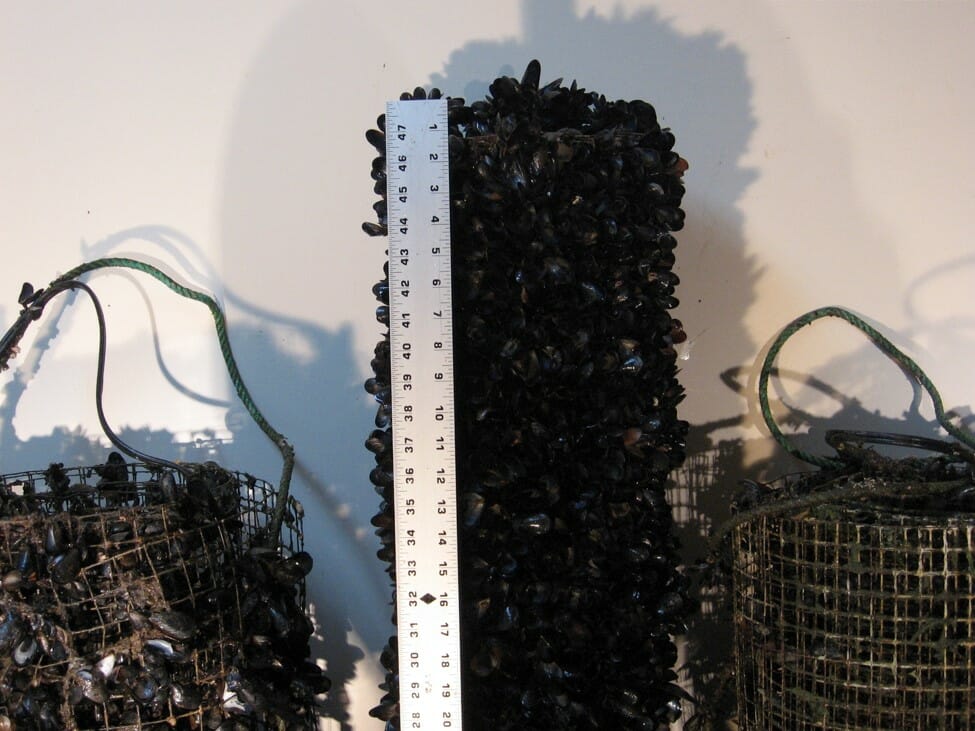 In a Superfund toxic waste site in New York City harbor where all the oysters had died from pollution, oysters (Crassostrea virginica) were grown with low, very low, and zero Biorock charges. The Biorock charges greatly increased growth rates over the entire growing season. Note that only length figures were measured, Biorock oysters also grew wider and thicker, so their volume increase was hundreds of times higher than controls (Shorr et al., 2012). 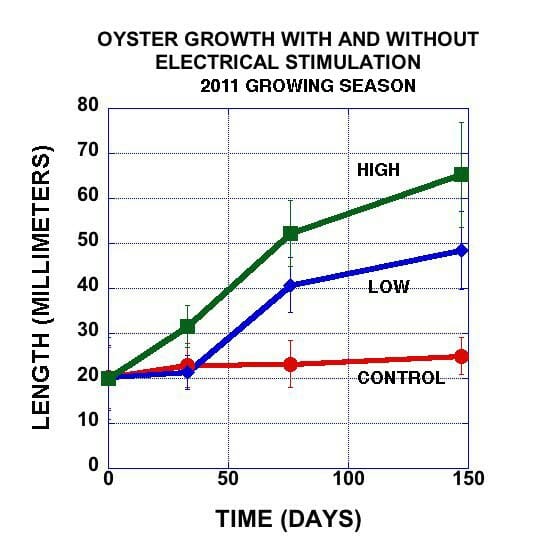 Figure 4. Growth in length of oysters with various trickle charges at a Superfund site in New York City over a summer growing season. Figure from Shorr et al., 2012.

At the same site oysters were measured over the winter dormant season. Biorock oysters continued to grow all winter long, without a dormant season, their shells were shiny and bright, and there was no mortality. Ninety-three per cent of control oysters died over the winter, and the surviving oyster shells had shrunk in size. The shells were chalky and crumbling, dissolving from high CO2 and acidity in water at freezing temperatures (Shorr et al., 2012). 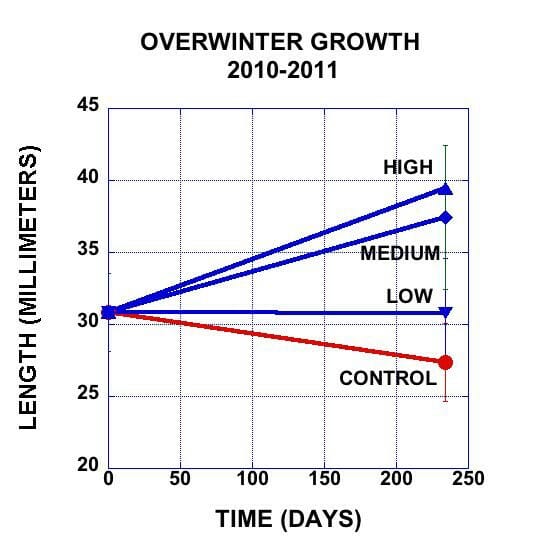 Figure 5. Growth in length of oysters with various trickle charges at a Superfund site in New York City over a winter dormant season. Figure from Shorr et al., 2012.

Similar results of higher growth rate and survival of the Eastern Oyster with Biorock electrical currents were found in flow through tank experiments in downtown Manhattan (Berger et al., 2012), and other sites. Only Atlantic Oyster results are summarized here, but we have also found greatly accelerated settlement, growth, and survival of many species of wild tropical oysters on Biorock projects around the world, including mangrove oysters, coral reef oysters, and pearl oysters, as well as Giant Clams.

Salt Marsh Grass, Spartina alterniflora, was restored at a Superfund toxic waste site in New York City where it had been killed by pollution a century before. Salt marsh grass growth in the mid intertidal under low, very low, and zero trickle charge from a solar panel was measured. The growth rate, as measured by clump height, was proportional to electrical charge (Cervino et al., 2012). The electrically charged grass was also observed to have more plants per clump and darker green leaves as well as greater height when compared to controls, but biomass measurements were not made as they required sacrificing the grass. 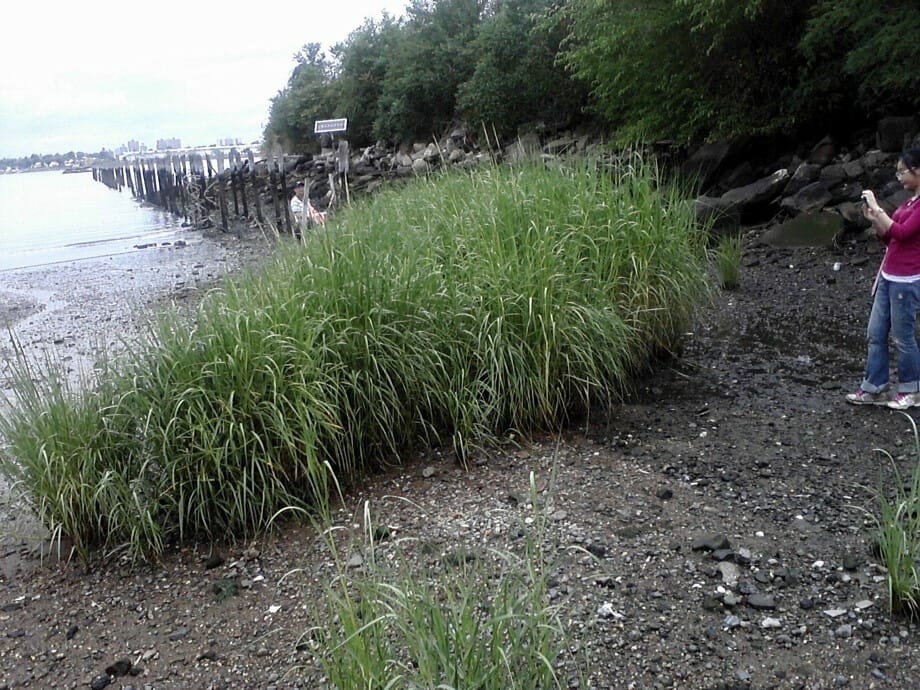 Salt marsh grass was also planted with and without solar trickle charge in the low intertidal, lower than the lower limit of the seagrass naturally in the area. Salt marsh grass growth is limited in the low intertidal because they are mostly submerged, getting little light in the muddy water, and are more exposed to storm wave erosion than plants higher up. All controls died at the end of the year. Biorock salt marsh grass in this hostile site has grown vigorously, sprung up anew every spring with more plants, which have increased more than 20-fold over 10 years (Cervino et al., 2012). 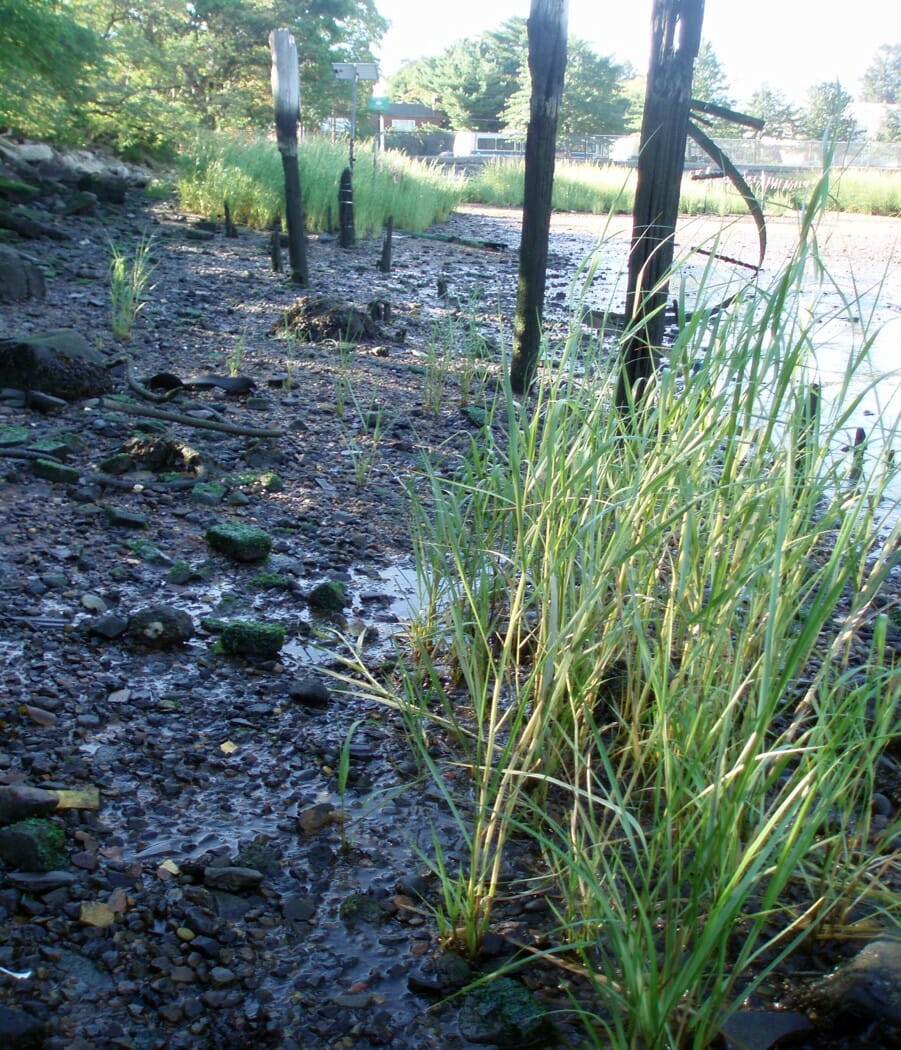 Most salt marsh planting projects fail because plants are washed away by waves before the roots can grow. These results show that with Biorock, root growth, and underground plant runner spreading is greatly accelerated, so salt marshes can be extended seawards in places where they are now retreating inland due to the erosion caused by global sea level rise and intensified storm waves caused by global warming (Goreau, 2012).

Seagrasses are being devastated worldwide by dredging and increased turbidity and pollution in coastal waters. Seagrasses (Posidonia oceanica) were grown in southern Italy with and without trickle charge from a solar panel. The wire mesh used for both was attached to hard bare limestone rock bottom. The Biorock seagrass grew vigorously, with the roots rapidly attaching to the rock bottom, and large numbers of mussels, clams, oysters, shrimps, crabs, and fish settled in the sea grass habitat. The controls all died (Vaccarella & Goreau, 2012). What is most astonishing about these results is that the sea grass was grown on bare rock, where it is normally impossible for seagrass to grow, as growth of roots requires about 5-10 centimeters of sandy or muddy sediment. 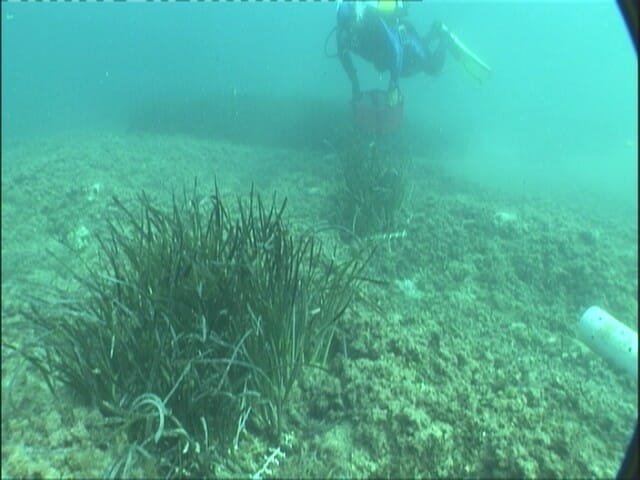 Figure 8. Excellent growth of seagrass on Biorock over three months in the Mediterranean. All control seagrass died. Photograph by Raffaele Vaccarella.

Figure 9. Dense root growth of seagrass on Biorock in the Mediterranean, colonized by a wide variety of invertebrates and fishes. Photograph by Raffaele Vaccarella.

Caribbean seagrasses, Thalassia testudinum and Syringodium filiforme, were observed to grow much taller under and next to Biorock projects in the Bahamas and Panama. Many species of Indo Pacific seagrasses were observed to do the same in Indonesia. 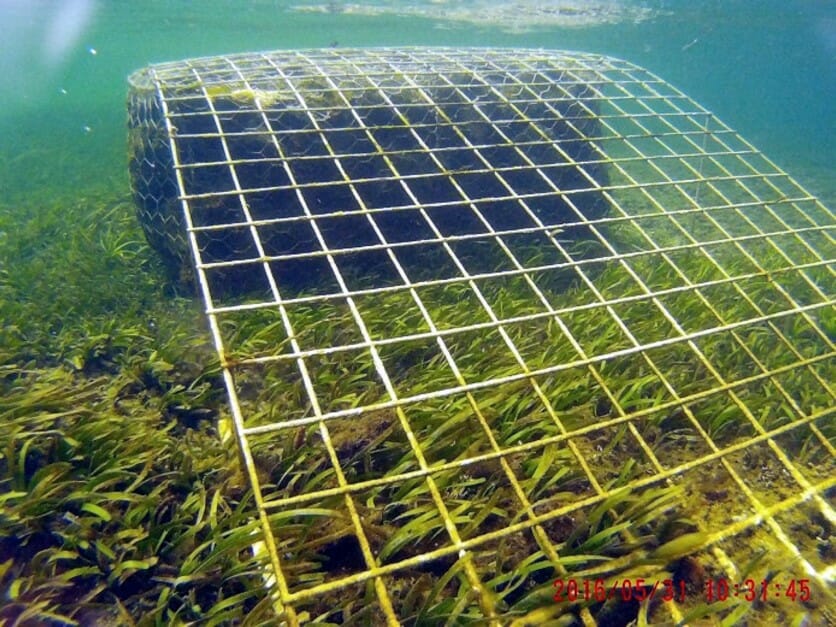 Most seagrass, salt marsh, and mangrove planting projects fail because the plants are washed away by waves before the roots can grow. These results show that with Biorock, marine plant root growth and underground spread is greatly accelerated, so that sea grass can be grown even on bare rock. Restoring mangroves as well as sea grasses, salt marsh grasses, and coral and oyster reefs will provide the strongest natural shore protection against erosion from global climate change, and the most cost-effective carbon sinks.

Biorock coral reefs grown in front of severely eroding beaches with erosion cliffs, where the sand was mostly gone, trees were falling into the sea, and buildings being moved inland before they could collapse, grew back the beach sand naturally at record rates in just months, increasing beach height up to 1.5-2 meters, beach width by up to 20 meters, and beach length up to 150 meters. Rapid regeneration of severely eroded beaches was first done in the Maldives (Goreau and Hilbertz, 2005), Lombok, Indonesia (Goreau et al., 2012), and Sulawesi, Indonesia (Goreau & Prong, 2017). Concave eroding beaches became convex and growing in a few months, and have continued to steadily grow even under heavy wave and current conditions that should erode them. Biorock reefs cause sand growth by dissipating wave energy through refraction and diffraction without the reflection that causes scour and erosion, by driving wave fronts out of coherence, and by greatly increasing production of sand by calcareous algae and other organisms. Corals, beach sand-producing algae, seagrass, and all forms of reef life are attracted and grow rapidly. 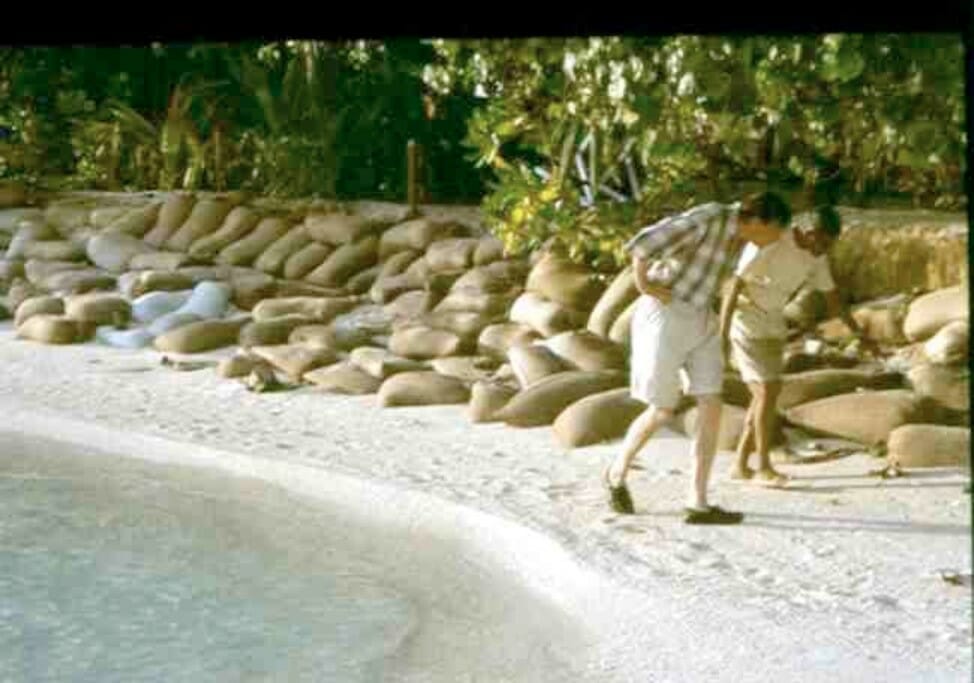 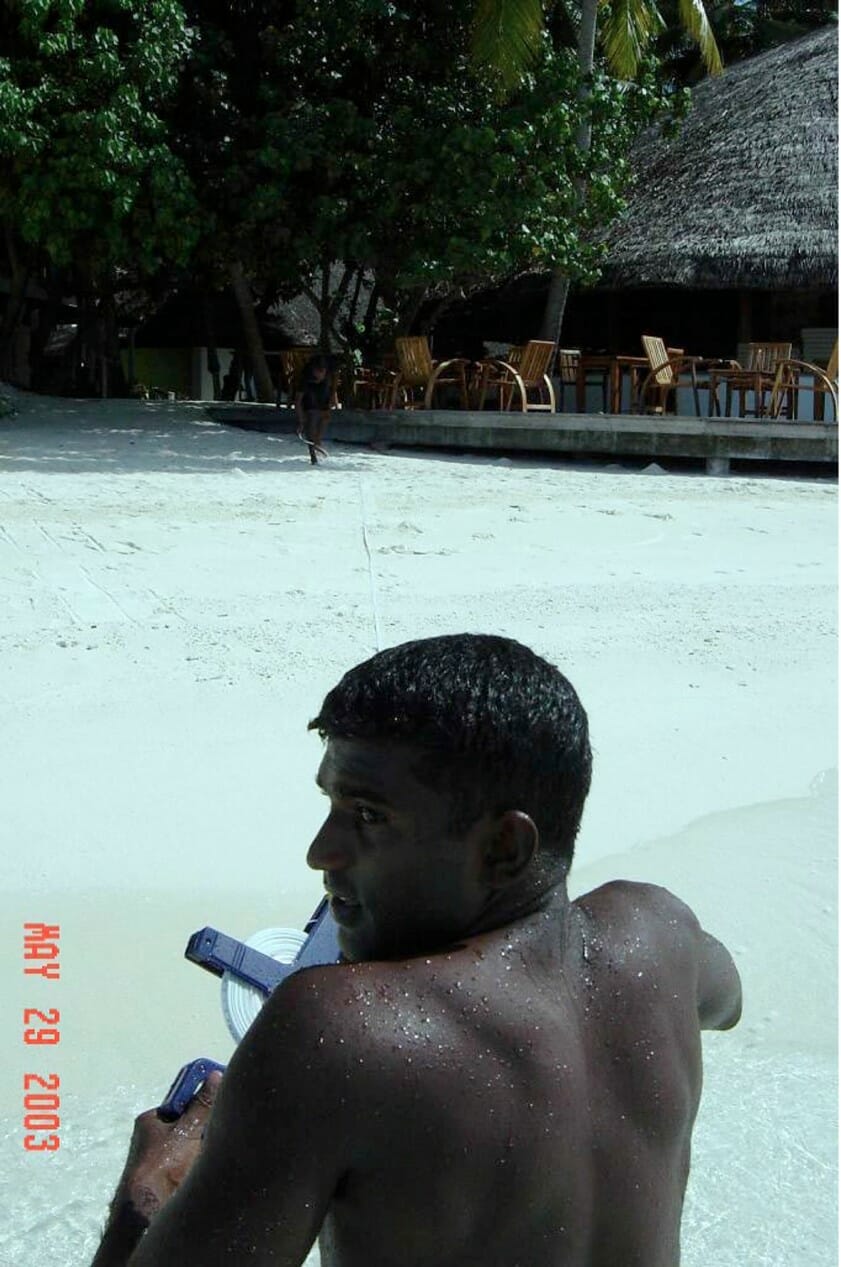 Figure 12. After, 15 meters (50 feet) of rapid new beach growth behind Biorock reef, in front of a building that had been about to collapse into the sea. Photograph by Azeez Hakeem. 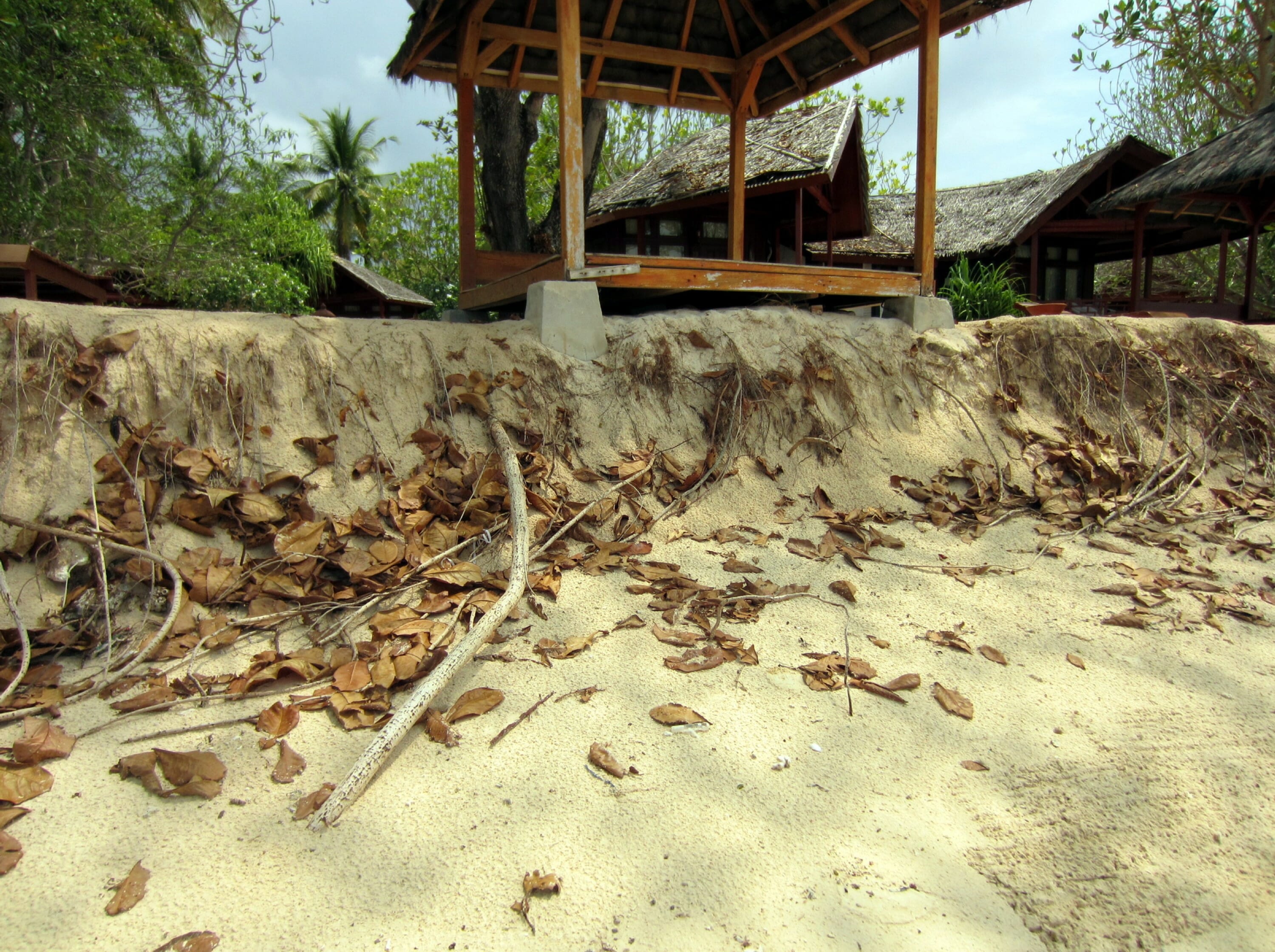 Figure 13. Before, December 2015, Pulau Gangga, Sulawesi, Indonesia beach largely gone, erosion cliff, trees collapsing into the ocean and building about to fall into the sea. Photograph by Paulus Prong. 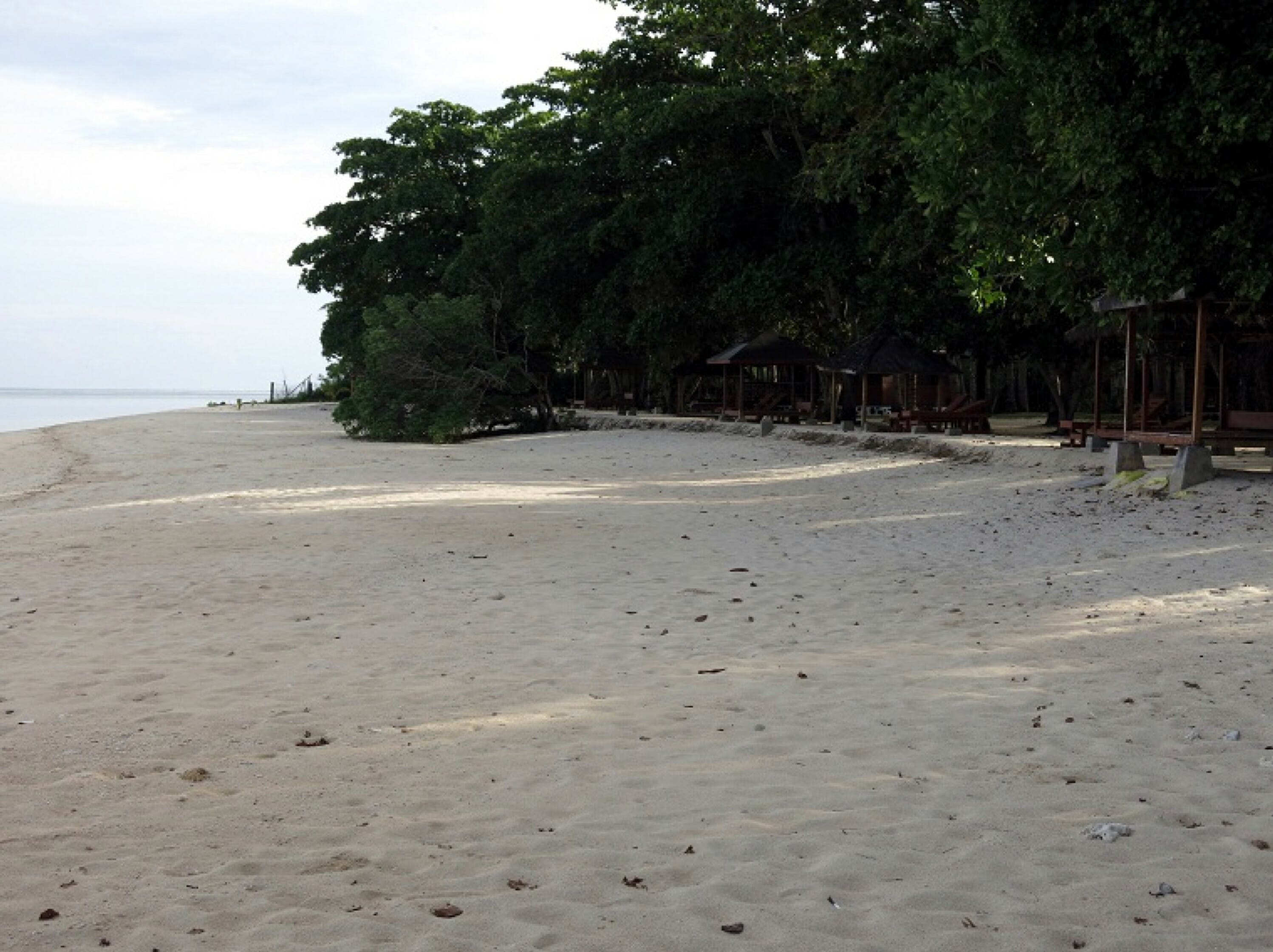 Figure 14. After, rapid growth of new beach in front of same collapsed tree and cabana that had been about to fall into the ocean. Most of this growth took place in just 3 months. Photograph by Paulus Prong.

Biorock reefs, if properly designed, have proven to withstand the most severe hurricane. The Biorock reefs cement themselves to hard ground, and cement sediment around their bases. Biorock reefs in Grand Turk, the Turks and Caicos Islands, withstood direct hits by the two worst hurricanes in their history, which occurred three days apart, and damaged or destroyed around 90% of the buildings. There was little damage to Biorock structures or thousands of corals growing on them, although electrical cables were sandblasted and ripped out. Sand accumulated under them, while at the same time concrete artificial reefs nearby caused so much scour around and under them that they sank beneath the surface (Wells et al, 2010). 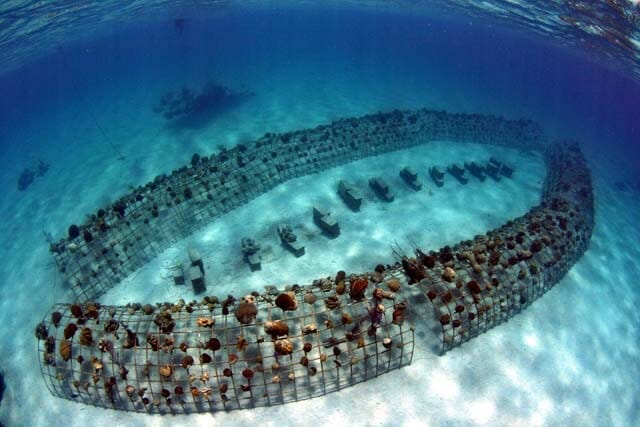 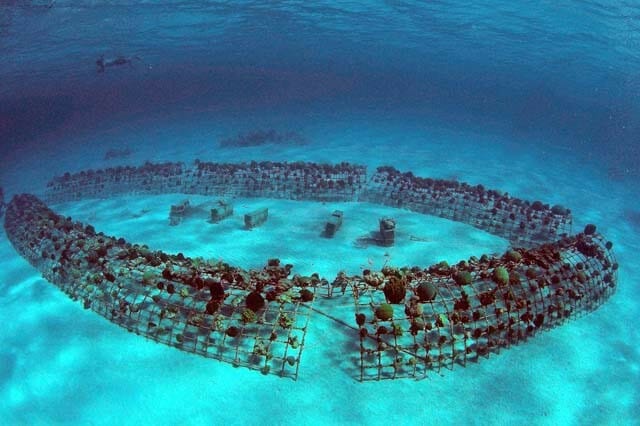 Figure 15b. Biorock reef in Grand Turk shortly after the two worst hurricanes in their history. Sand built up under the structures while sand was scoured around the cement blocks in the center, and half of the blocks were washed away by the waves, while there was no damage to Biorock structure or corals. The structures were not welded, only hand wired together, nor were they attached to the bottom except through their own cementation. Photographs by Fernando Perez.

Biorock reefs in Saint Barthelemy withstood the eye wall waves of Category 5 Hurricane Irma without any damage to structure, corals, or the electrical cable. This site, about 2-3 feet deep on top of the reef crest, had waves at least 30 feet high breaking directly on it, and all the houses and hotels on the beach behind the reef were destroyed: https://www.globalcoral.org/biorock-electric-coral-reefs-survive-severe-hurricanes-little-no-damage/.

Biorock is ideal to grow:

Specific designs require on-site assessment of many physical, chemical, biological, geological, oceanographic, meteorological, and infrastructural parameters to design for the specific needs and problems of each site.

Please contact info@globalcoral.org for more information on how Biorock is the most-cost effective solution to a vast range of marine resource management problems.

The Global Coral Reef Alliance is a non-profit environmental research organization that works with local partners around the globe to assess and reverse the causes killing their reefs.