They studied behavioral responses of two shark species, the bull shark (Carcharhinus leucas) and the Caribbean reef shark (Carcharhinus perezi) and several bony fish species towards weak electric fields in Bimini, Bahamas. Statistical analyses of 90 trials found both shark species fed the least, and avoided bait food they knew was there, when the electric field was turned on. Sharks approached the bait yet completely missed and exhibited signs of disorientation. Since detection of electric fields by sharks is important in the final phases of prey capture, Biorock generated electric fields clearly confused them. In contrast, bony fish feeding behavior was not affected by the electrical field.

This study demonstrates a need for future studies with more species of shark and fish species around Biorock electrical reef restoration projects, since deterrence of sharks, as top predators, may impact ecosystem balance”, said Marcella Uchoa, a Brazilian student who did the study for her Masters Degree in the RIMER Erasmus Mundi Marine Science Program at the University of the Basque Country, Spain. “Since this initial study demonstrated that Biorock reefs elicit close-range shark deterrent responses, further testing is warranted to assess the ability for these systems to serve as either a personalized shark deterrent or a shoreline bather protection system” said Craig O’Connell, head of the O’Seas Conservation Foundation, which specializes in shark behavior and conservation. Tom Goreau, President of the Global Coral Reef Alliance added that “Biorock electric reefs could benefit humans and sharks as well as corals and fishes. The electrical fields inhibit attacks in the vicinity of restoration projects, but would not affect sharks further away, so it helps preserve coral reefs, fishes, humans, and sharks at the same time, while avoiding the damage and bycatch from nets, baited hooks on lines, and poisons”. 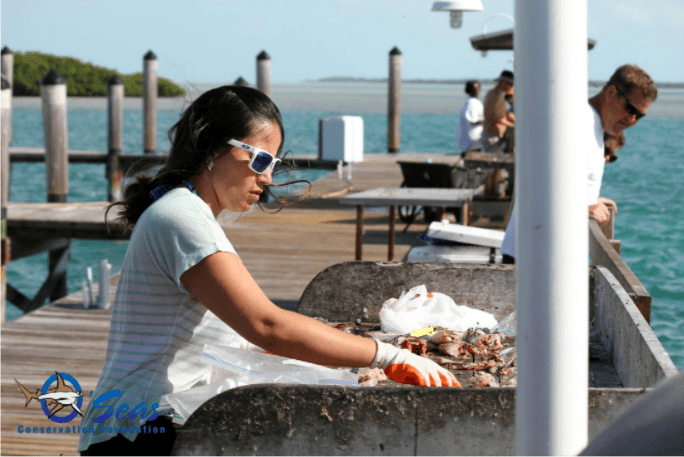