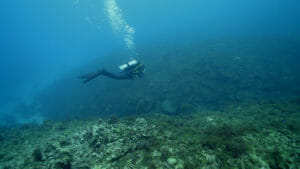 Before UNFCC was signed in Rio de Janeiro 30 years ago (1992) I briefed delegates of the Association of Small Island Developing States and explained that we had already passed the global coral reef bleaching tipping point in the 1980s, so coral reefs, so all low islands and coasts were threatened by ANY further warming.

I pointed out that coral reefs could take no further temperature increase so any climate change agreement that did not stop increases in global temperature and sea level was an inevitable death sentence for  both coral reef ecosystems and low coasts, so low countries that signed it were essentially signing a suicide pact.

SIDS were warned that agreements to allow ANY further global warming, whether 2, 1.5, or even 1 degree C, would result in the extinction of coral reefs and were completely against the interests of their people, who rely on coral reefs for all their shore protection, food, biodiversity, and tourism, as well as for the long-term survival of the islands themselves.

I said that if they did not hold out for an agreement that protected them, we would see most of the corals in the world die in the next two decades.

SIDS were pressured to sign an agreement by the rich countries, which told them that foreign aid would be cut off if SIDS did not sign an agreement contrary to their interests, so their politicians sold out their own people’s future for temporary financial debt relief.

Precisely as predicted, we lost most of the corals in the world.

An El Niño is just starting now, so we will lose many more corals next year.

On the day that COP 27 failed to agree on limiting temperature increase to a deadly 1.5 degrees, due to refusal of Saudi Arabia and Russia to end oil busine$$ as usual, selecting coral reefs and SIDS for sacrifice to their greed, I dived on Maldivian coral reefs for the first time in 21 years.

I was shocked: the live coral cover at this reef was less than 1%, but you could see that it had been all alive before the deadly heat waves hit.

The same is taking place in every coral reef country, though a few have been lucky to not yet having been hit with coral killing temperatures, but that gambler’s luck will eventually end.

For those reef countries not yet devastated, the handwriting is on the wall.

Even if governments had actually done the right thing for the planet 30 years ago and pledged to stop global warming then, it is now too late, even if Net Zero emissions were achieved in this decade, to prevent several meters of sea level rise from unpreventable melting of Ice Caps from the excessive heat that is already circulating in the ocean, which will flood all the low islands and coasts around the world.

Runaway impacts of the excessive heat already in the climate system (93% of which is now in the deep sea, where it will return to the surface in around 1500 years), are inevitable, even if all fossil fuel use ends TODAY.

SIDS will be first and worst affected, but everybody else will pay a severe price sooner or later unless there is an immediate end to fossil use, replacement with clean energy, and vast increases in natural carbon sinks (Geotherapy).

Biorock is not being implemented on the scale needed because it was invented and developed in SIDS without rich country funding, and funding agencies controlled by the rich countries flatly refuse to support island technology, a continuation of racist colonial ideologies.

For example, a few months before the tsunami that devastated Tonga, Biorock shore protection proposals by the Tonga and Tuvalu Governments were rejected by rich country funding agencies.

Instead of helping SIDS save themselves with Biorock, they spent vast sums on seawalls that will collapse, often before they finish building them, and fraudulent methods of coral reef “restoration” that break and kill corals because they do not provide protection from bleaching and extreme environmental stress that only Biorock Coral Arks can.

Vast investments in coastal regeneration for thousands of years will be needed if SIDS are to save their reefs and islands from flooding.

Biorock methods to safely remove CO2 and store it in coastal marine sediments (Blue Carbon) in mangroves, seagrasses, and saltmarshes, are the cheapest, fastest, and most effective form of carbon removal, but have not been funded at all, much less on the scale needed.

Even if all the world’s governments were to act responsibly, immediately, and simultaneously, temperature and sea level overshoot is unavoidable.

Therefore, it will be essential to also invest in methods to DIRECTLY reduce earth’s heating by reflecting sunlight back into space.

Some methods proposed are dangerous and irresponsible, like shooting sulfuric acid from rockets into the upper atmosphere, but other methods need to be developed such as marine cloud brightening with salt spray aerosols, or increasing ocean circulation rates by pumping warm surface water into the deep sea, which will not stop warming but could delay it sufficiently to give time for increased carbon sinks to do their job.

For 30 years UNFCCC has refused to do the job the entire world needs, ignored the science, and equivocated with fake agreements, fake goals, fake funding, and no action. The time for blah blah blah ended decades ago, we need to invest in direct action NOW!

Every country is now talking about “Blue Economies”, but if they don’t regenerate their coastal ecosystems they won’t have any!