Scientists to use solar energy to regenerate locally extinct corals 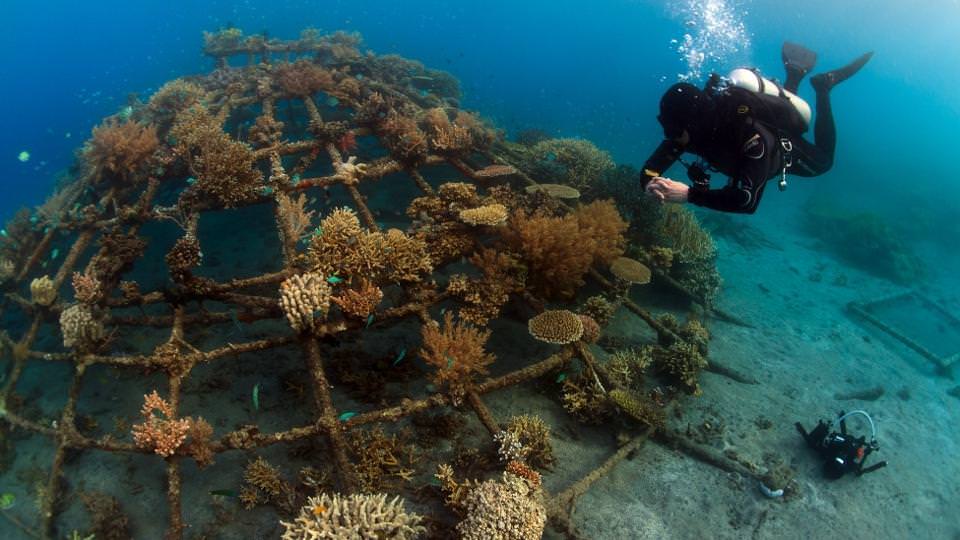 Marine scientists will use solar energy for the first time in India to regenerate corals that become extinct from the Gulf of Kutch off the Gujarat coast thousands of years ago.

Scientists across the world are trying to come up with various methods that can regenerate bleached and locally extinct corals. One such technique, popularly called biorock, has helped scientists in many countries to conserve and protect coral reefs also known as underwater gardens.

Pemuteran in Indonesia has the world’s largest coral regeneration project where biorock has been used.

India has four major coral reefs — Andaman and Nicobar Islands, Lakshadweep, Gulf of Mannar and Gulf of Kutch. While the reefs in Andaman are considered the richest and most diverse, the ones in Kutch area are the poorest. Only 30% of the coral in Kutch area are alive, albeit in a degraded condition.

“We have identified a site in the shallow waters near Shivrajpur in Dwarka area of Gujarat where the pilot project could be carried out. There are some challenges such as siltation and high tidal fluctuations which we have to address. Using solar power is under consideration and the technical details are being worked out,” Shyamal Tikader, chief conservator of forest in Gujarat, said. 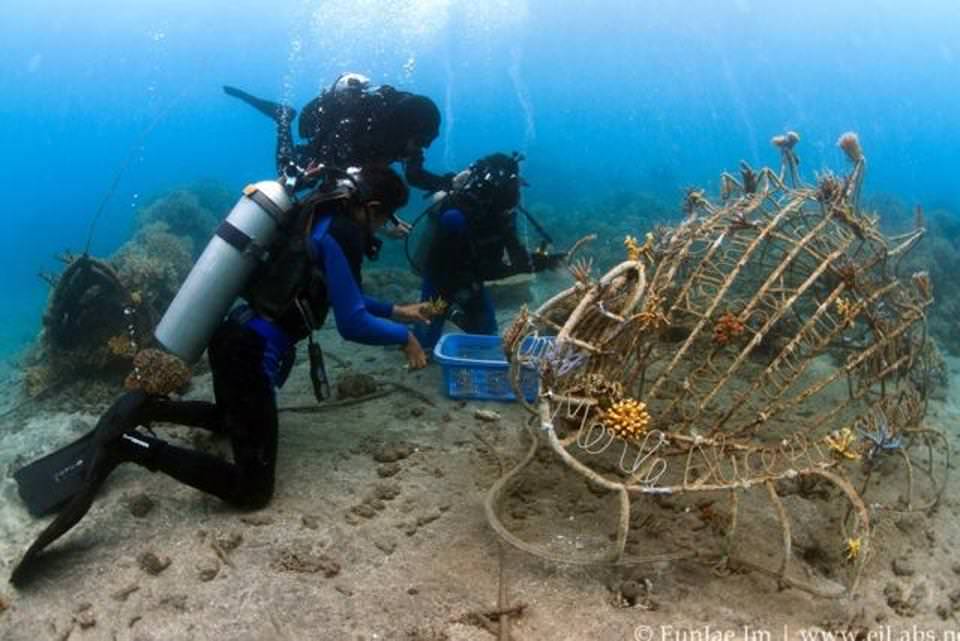 A steel structure would be first installed on the seabed and could be of any shape ranging from a simple arch to as complex as that of a motorcycle. Photo by: Eunjae Im

Coral reefs are like underwater gardens and one of the most diverse ecosystems on earth providing food and shelter to millions of species. They are under threat because of climate change-induced ocean acidification, pollution and human activities among others.

“We will be using electricity to re-grow corals for the first time in India. These corals had become locally extinct from the Kutch region long ago but can be found in other reefs across India. Plans are going on to start the pilot project in April with the help of solar power,” Chowdula Satyanarayana, a coral scientist with the Zoological Survey of India (ZSI) who is leading the project, said.

A steel structure would be first installed on the seabed and could be of any shape ranging from a simple arch to as complex as that of a motorcycle. Cables would connect the structure to a power source such as solar panels, which would float on the surface of the sea.

Very low doses of electricity – less than 12 volts – would then be run through the structure via the cables. The electricity would trigger a chemical reaction in the sea water, similar to that of electrolysis. Minerals, mostly calcium carbonate (limestone), would get deposited on the steel structure.

“Divers would attach fragments and twigs of corals brought from other reefs like Gulf of Mannar to the steel structure. The structure, which now will have a layer of limestone on it, can act as a base for the corals to grow again,” Satyanarayana added.

Scientists have selected five species of branching corals for the project which grow very fast and once used to dominate the Kutch reef. The zooxanthellae – tiny plant-like organisms that make live corals colourful – return automatically helping the corals to thrive.

The coral polyps, which are animals, and zooxanthellae share a mutual relation. The corals provide shelter to the zooxanthellae and compounds these tiny algae need for photosynthesis. The algae in return produce oxygen and help the corals to remove wastes.

They also supply them with glucose and amino acids which the corals use to make fats, proteins and carbohydrates and even calcium carbonate. Most importantly, the zooxanthellae give colours to the otherwise white corals. 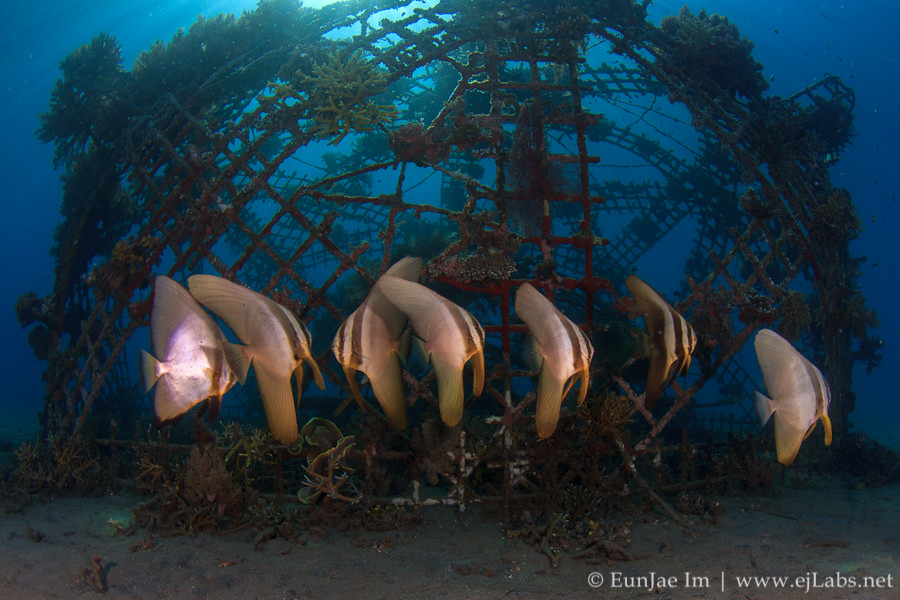 Scientists have selected five species of branching corals for the project which grow very fast and once used to dominate the Kutch reef. Photo by: EunJae Im

Under stressful conditions such as pollution, high temperature and ocean acidification among others, the coral polyps expel the zooxanthellae. Without the colour, the corals turn white a process which is popularly called coral bleaching.

With a base of limestone and low doses of current supplied at regularly, the corals could grow nearly 20 times faster and have better chances of survival, experts claimed.

“It is just like giving oxygen to an athlete while he is running. With oxygen, he would be able to run faster and for a longer period. Similarly, it has been seen that providing small doses of electricity helps the corals to recuperate faster and survive longer,” Satyanarayana said.

The ZSI is trying to rope in Thomas Goreau, a US-based coral expert who along with Wolf Hilbert developed and patented the biorock method.

“We have helped many countries in setting up biorocks. Next, I would be providing special materials and help Satyanarayana. Biorock doesn’t just help corals but have helped to restore the fish population, which often takes shelter in these structures,” Goreau told Hindustan Times over email.