The Tiburón Agua y Electricidad project in Mexico aims to provide thousands of megawatts of power along with enough fresh water to supply large parts of North Western Mexico and the Southwest US. It also claims it will be home to a reef-growing infrastructure that will keep sea life and fishermen happy. 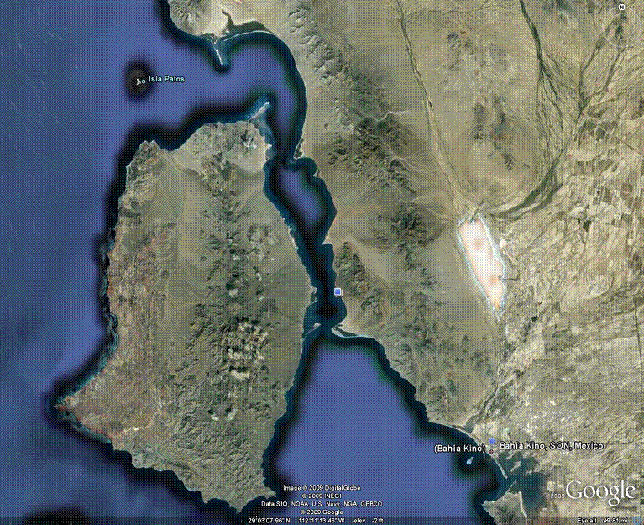 Grab a map of the world and see if you can spot what is arguably the best location on the planet for tidal power. Found the Gulf of California yet? That is where Kenneth D Lampner hopes to build one of the biggest and most self-sustaining tidal projects he thinks the world has ever seen.

Specifically, Lampner, who cut his teeth in the renewable energy industry 30 years ago with Solar Integrations, a PV company he still runs, is looking at a site called Infiernillo Strait, near the Mexican town of Bahia Kino, in Sonora.

The shallow Strait runs between the mainland and Tiburón Island, which partially blocks the Gulf and creates a choke point for incoming and outgoing tides. “What’s different about my project is the location,” Lampner says. “It’s a river in the ocean.”

Under a project being permitted by the Mexican Comisión Federal de Electricidad, Lampner aims to tap the three-metre tidal surge at both ends of the Strait to create an estimated 1,500 to 5,000 MW of power an hour.

This output is expected to be fairly constant as it takes the tide about seven hours to fill the Tiburón basin on the far side of the island, and about five hours to drain from it, besides there being a time lapse between the southern and northern ends of the Strait.

Most of the power will be used to drive the world’s largest desalination plant, a reverse-osmosis facility with a capacity of 350,000 cubic metres per day, to provide water for nearby Hermosillo and the surrounding area, and potentially for export to parched North Western Mexico, Arizona and Southern California.

This would take advantage of a 2003 Mexican self-supply law that allows private projects to generate electricity for their own use. Any leftover energy could potentially be fed into the grid, Lampner says.

Ecosystem protection
And he hopes to achieve all this without damaging the already frail ecosystem of the Gulf, a UNESCO World Heritage Site sometimes referred to as ‘the world’s largest fish trap’ which has nevertheless suffered significantly from overfishing in recent times.

The secret is a novel energy generation method that eschews the use of barriers or ‘spinners’ in favour of a vertical-axis Francis turbine design that exploits the variation in water level caused by the tides.

Lampner’s plan is to have these turbines anchored to the 12-metre seabed in the Strait but located close to the surface, so that marine life beneath them is not affected by their presence, and with channels so that fishermen and seagoing mammals can navigate between them.

The anchoring method he has chosen is as novel as his turbine design. His company, Tiburón Agua y Electricidad, has co-opted Dr Thomas Goreau, president of the Global Coral Reef Alliance, to create an infrastructure using a reef growth technique called Biorock.

With Biorock, a very low voltage current is passed through a wire frame so that minerals precipitate onto it, forming a limestone skeleton that can serve as a home to corals and other marine life.

“These are solid structures that gain strength in time and are self-repairing,” says Goreau. “The purpose is to tap surface tidal currents. We’re not trying to build a barrage, but it’s going to require support structures.”

Goreau says that if Biorock deposition happens at an optimal rate of 1-2 cm per year then “you get a structure that’s two or three times stronger than Portland cement.”

That might not be possible in the Tiburón development, he adds, because of the need to have structures that are strong from the outset.

Long-term benefits
Even if there has to be some compromise on this point, though, the continuously strengthening properties of Biorock should provide long-term benefits, and not just from an infrastructure point of view.

Organisms grow two to six times faster on Biorock than on traditional undersea substrates, Goreau says, “so we should be able to create much lusher fishing grounds.”

Besides Goreau, the Tiburón team counts Dr Chi Lin of Tianhuangping Pump Storage, which worked on the Three Gorges Dam development in China, and a number of engineering and renewable energy specialists. Lin will be responsible for sourcing the turbines from China.

Lampner, who describes himself as “being in real estate”, expects to foot most of the US$1.55bn cost of the project from investments in old goldmines, from which he hopes to extract other valuable minerals, such as silver.

Currently he is hoping to complete a detailed tidal site assessment of the Infiernillo Strait at the time of the spring high tides. But he accepts his grand design is taking time to come to fruition. “Three and a half years ago I thought I’d have it done in two years”, he says.

“I’m trying to push it as fast as I can because I’d like to see it done before I die.”

With a capital cost recovery estimate of five years for electrical generation and desalination, the project could become a viable, long-term and sustainable clean-energy franchise capable of satisfying the rapidly growing demand for water in the State of Sonora.