New York City Department of Environmental Protection is racing ahead with irresponsible plans to destroy the most successful oyster, mussel, and salt marsh restoration project ever done in New York City, or anywhere else.

These projects, approved by New York State Department of Environmental Conservation, have for 10 years pioneered new methods for restoring these valuable ecosystems, providing habitat for birds, fish, and shellfish, protecting shores from erosion, and improving coastal water quality, which could save the City billions of dollars in adapting to and mitigating global warming and global sea level rise (please see current photos attached).

The MacNeil Park projects have shown for the first time how to restore vibrant marine ecosystems to barren shores where everything had died from toxic waste dumping at the site for more than 50 years. They not only restored life to a wasteland, but showed for the first time how to grow these organisms under extreme stress conditions that they normally could not survive. Our team is now expanding the project to fill in all the gaps.

10 years of work will be destroyed if DEP puts the storm drain where they intend. This will not only flush water shown by chemical analysis to have illegally high concentrations of toxic lead, copper, zinc, hydrocarbons, and untreated sewage, but the water flow will wash away the beach sediment and cause severe local coastal erosion at a site that is a designated public recreational area and entry way for kayaks.

Using the Biorock restoration method, we had 100% survival of oysters during the winter when 93% of control oysters died. The few surviving control oysters stopped growing in winter, and their shells were chalky, crumbly, and dissolving due to cold acidic water, but Biorock oysters grew all winter, and their shells were bright and shiny with no dissolution.

The Biorock restoration method has grown salt marsh lower in the intertidal zone than salt marsh grass can tolerate, it grows taller, faster, greener, and spreads faster than controls, grows back in larger spreading patches after every winter when controls die, and has prolific root growth and mussel populations which bind sediment and prevent erosion by waves.

The mussel growth has been so extraordinary that in a few years we have raised the height of the beach where we are growing them by up to a foot, much faster than the rate of global sea level rise, about an eighth of an inch a year. Therefore, we are able to grow beaches upwards at places where they are now washing away from erosion.

Oysters have spontaneously settled near our projects, but not away from them, showing that oyster settlement is increased by the Biorock process. These oysters have shown exceptionally high growth and survival.

These incredible results show for the first time that it is possible to extend salt marshes seaward to protect coasts from erosion. All salt marshes in the US are rapidly eroding and collapsing into the sea due to global sea level rise and increased storm wave strength caused by global warming. Jamaica Bay is the worst example of this. The methods pioneered at the McNeil Park project could save Jamaica Bay salt marshes, and help protect Kennedy Airport from flooding by the sea and storm surges (remember Sandy!).

This destruction of a historic restoration project is entirely un-necessary! There is an existing storm drain at the site that runs out past the project to the low tide mark, built long ago to prevent contaminated water washing directly onto the beach. But instead of using it or upgrading it, DEP plans to dump polluted water directly at the shoreline high tide mark, and flush away 10 years of extraordinarily successful work with polluted water!

The bulldozers are right at the edge of the project, ready to move into action unless DEC can get them to responsibly act to save New York City’s precious green shorelines! We urgently appeal for your help to save the projects that will make New York the leader in natural shore protection. 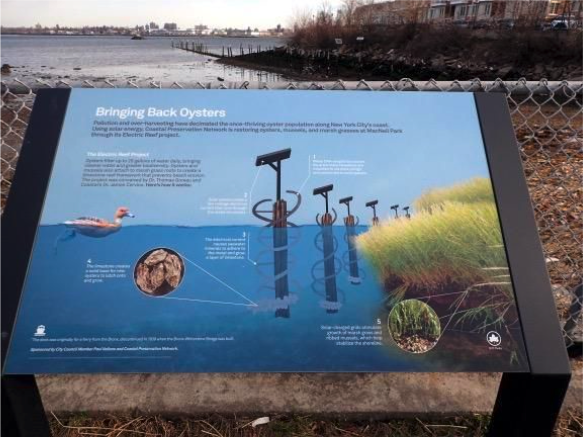 McNeil Park is an important recreational area in Queens, that is now a pioneering environmental restoration and public education site. All photos were taken on March 29 and March 30 2017 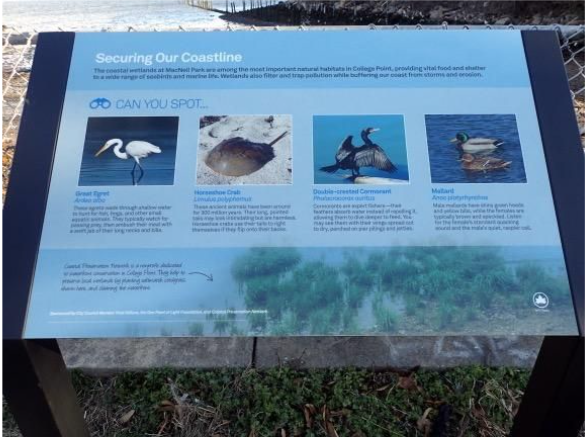 Wildlife is now returning to a devastated area because of the restoration projects. These Green Shoreline ecosystems provide the best and cheapest protection of the coast against erosion and storm surges 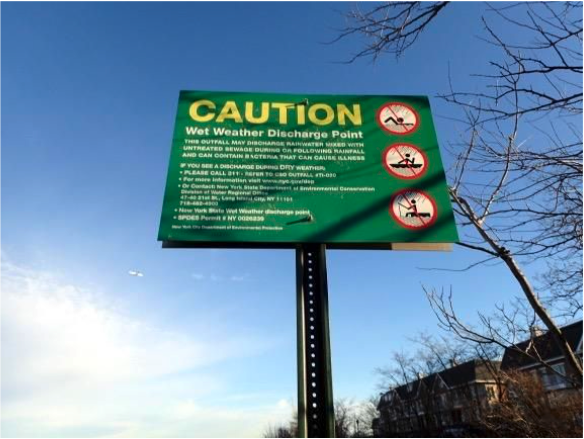 The proposed discharge point for water polluted with unacceptable levels of lead, zinc, copper, and hydrocarbons, will also dump untreated sewage at the shore line onto the beach during storm events. right onto the public kayak entry area. 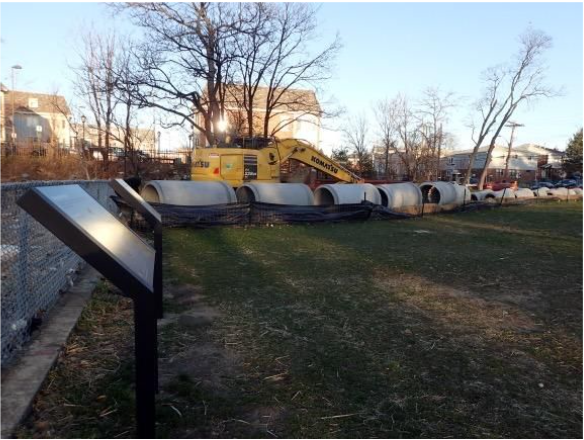 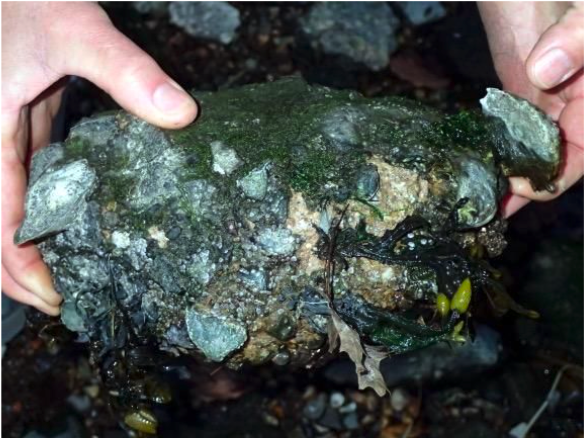 This rock near the projects has about a dozen oysters growing on it, as well as many barnacles 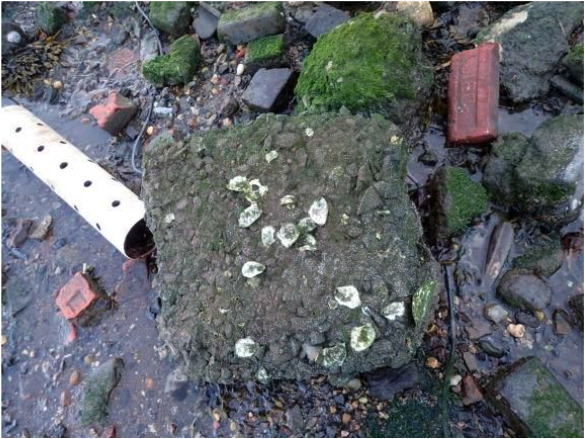 This rock near the project has had around 20 oysters settle, grow, and survive on it. Such density of oysters is not found away from the projects 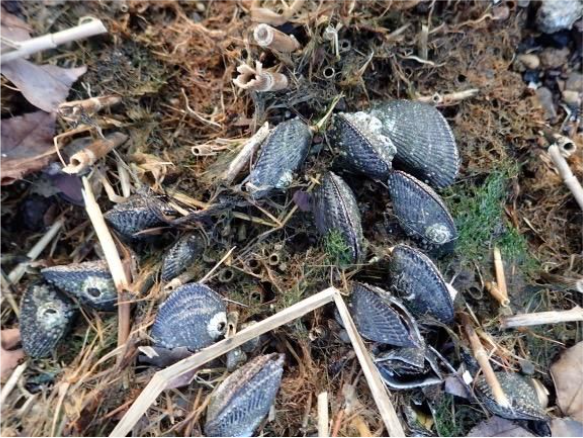 Mussel populations have dramatically expanded in recent years in the project area, and now cover the bottom in many places. They rapidly filter the water and clean it. 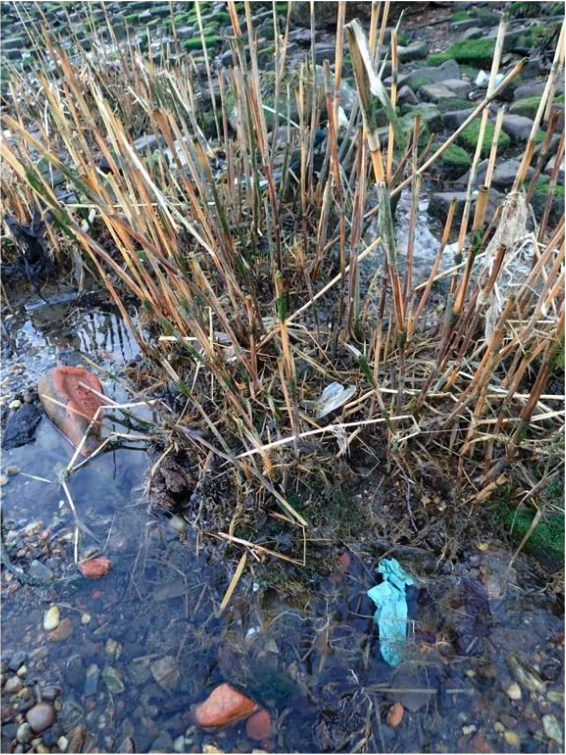 We are growing salt marsh lower in the water than it can normally grow, and the dense roots hold back the beach sediment and prevent it being washed away during storm waves. New leaves are now starting to spring up, and in a month there will be bright green salt marsh grass all over the area, unless it is killed by polluted storm runoff 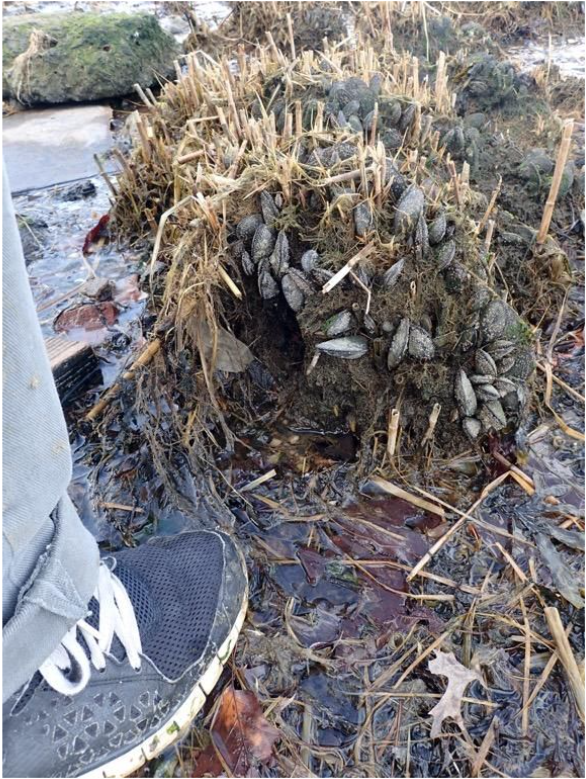 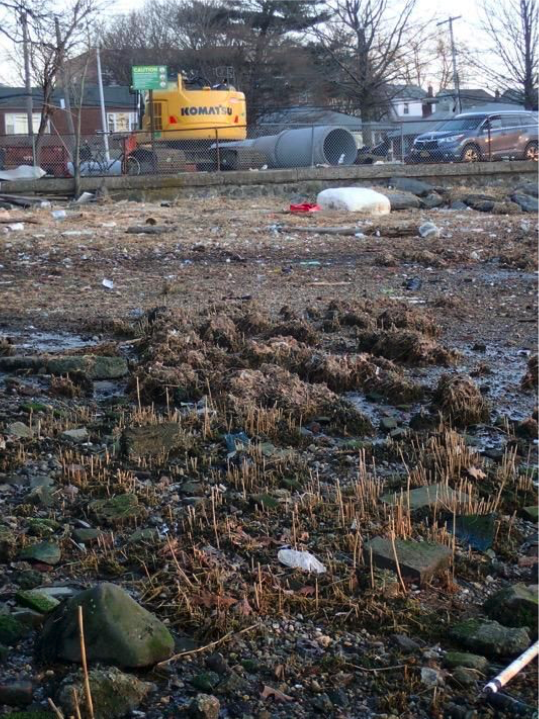 The salt marsh and mussels we have restored have raised the beach level by holding sand in place. Where they don’t grow, the sand and mud are washing away. Our goal is to fill the gaps and cover the entire area with growing habitat and fill in the spaces in between the clumps we have grown. The storm drain will flush polluted water right on top of the project, kill them, and wash away the sand. Eventually the sea wall will collapse because of erosion. Green shores are the cheapest and best protection 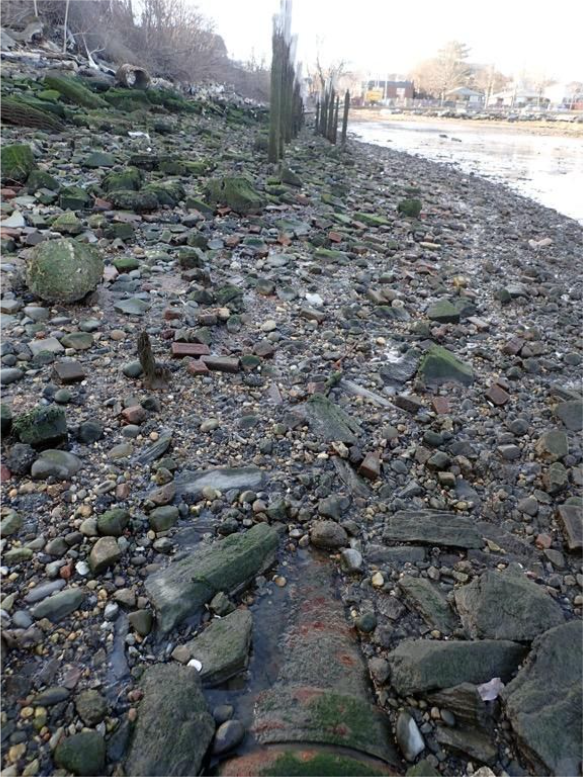 An old storm drain runs all the way from the shore right at the site of the new DEP storm drain. The new drain should do the same 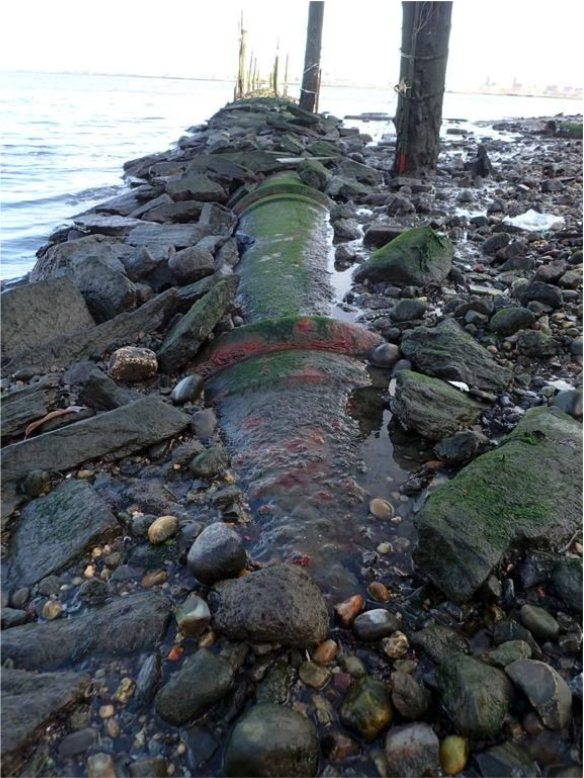 The old drain goes all the way out into deep water past the low tide mark in order to avoid polluting the shore. Incredibly, DEP does not plan to do the same with the new drain, so they will destroy the habitat!