Here in Jamaica it is in the earliest and mildest phases, with only the most sensitive colonies of the three most sensitive species showing paling. Temperatures in Jamaica were only briefly above the HotSpot levels, and have cooled since, so bleaching is not likely to be noticeable to anyone else unless the waters warm up again in the next few weeks.

There has been no noticeable change in coral bleaching thresholds for 30 years, and therefore no signs of adaptation, but we are steadily losing the most vulnerable species so there is less to bleach.

In Panama, which lies in the core of the Goreau-Hayes Coral Bleaching HotSpot (below) bleaching will be much more noticeable. Reefs in the Panamanian Caribbean bleached earlier this year when the HotSpot first developed, recovered to some degree following mild cooling in mid year, and are now bleaching yet again for a second time this year. Impacts could be severe as they bleached last year and the year before as well, though not severely enough to cause much mortality.

Curaçao, Bonaire, Belize, Honduras, Colombia, and many other parts of the Caribbean are likely to bleach in the next few weeks unless there is dramatic cooling.

As usual, there have been no reports of bleaching from the areas all across the Pacific that were most devastated by high temperatures this year.

Severe bleaching is certain to be ongoing in the Ryukyus, the Marianas, Palau, Yap, Chuuk, Pohnpei, and Yap, but dive shops have simply stopped reporting bleaching…………

Or perhaps it is because NOAA declared that “the bleaching event is now over”? 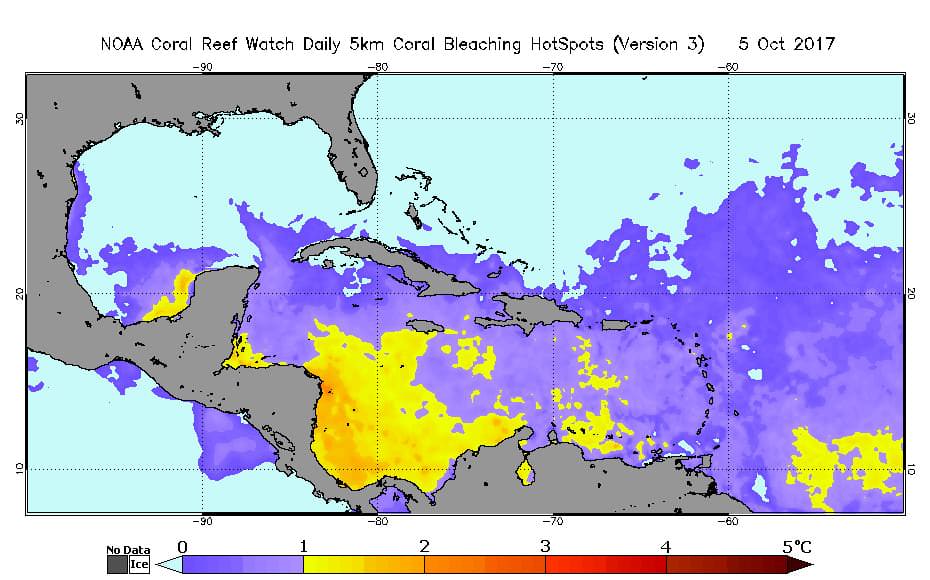 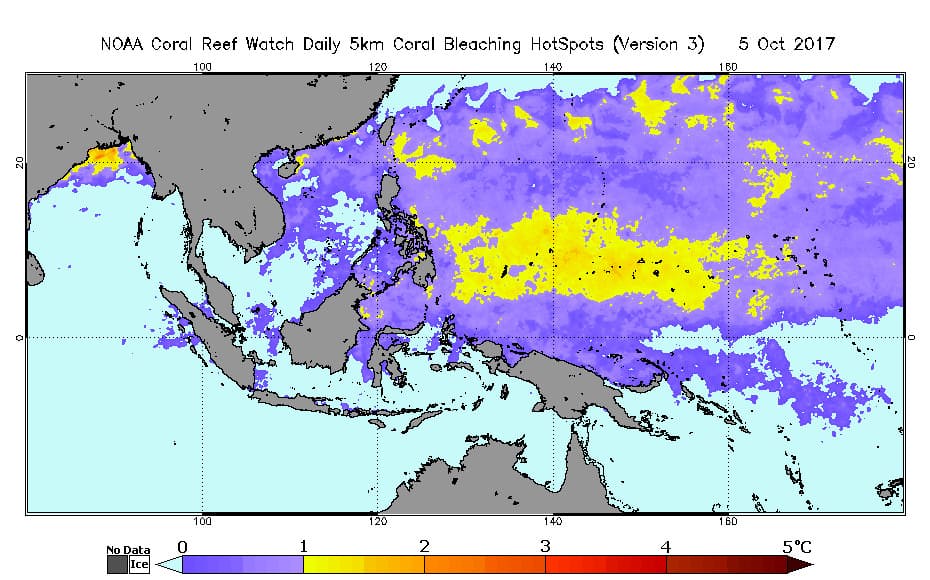