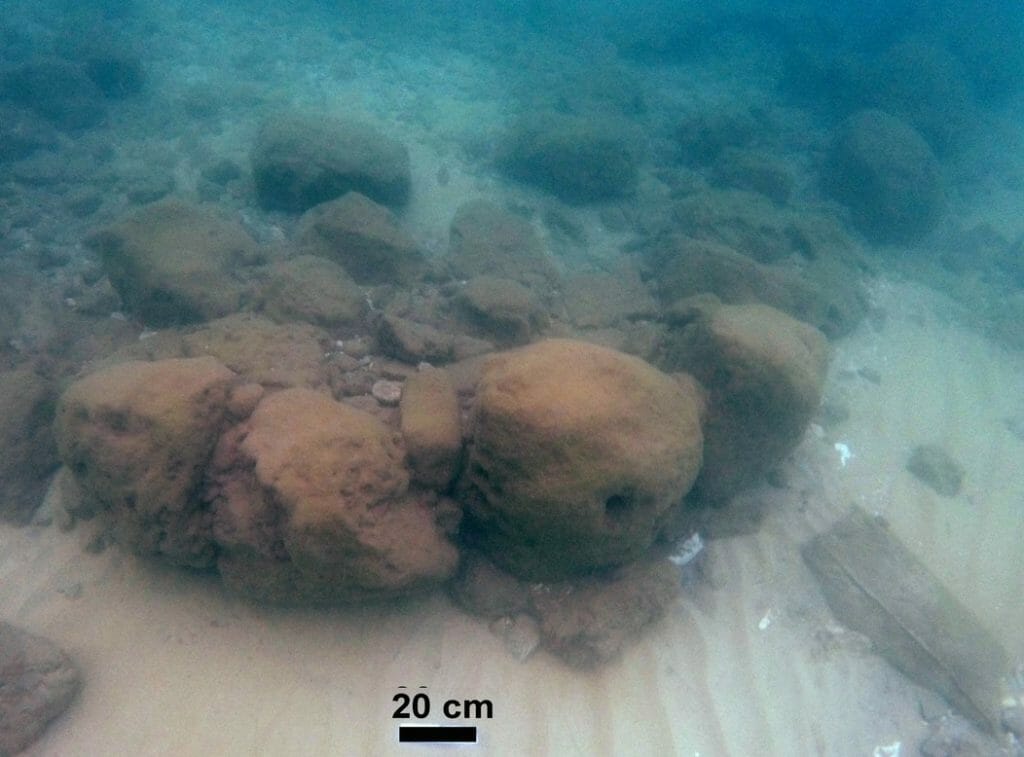 The power of nature is greater than human’s technological hubris, and in the long run we can only hope to regenerate the natural biogeochemical processes that regulate our life support systems and the air we breathe, water we drink, and food that we eat, or pay coastal flooding consequences that will last for hundreds of thousands of years.

Almost all beaches in the world are washing away as global warming caused by fossil fuels intensifies storm strength and accelerates polar melting and global sea level rise.

This has only barely started, and will get much worse soon as glacier melting accelerates from runaway global warming, and we are now on a trajectory towards 70 meters (230 feet) of sea level rise.

Every coastal engineer knows that every seawall or breakwater every built has failed or will fail because of basic physics, they concentrate wave energy by reflection and CAUSE erosion of the sediment in front, and then under the structure until it collapses and has to be rebuilt or abandoned. But they have no other solution, and it is a guaranteed repeat business due to planned obsolescence.

The first known seawall, constructed in Israel around 7000 years ago, worked temporarily, but was soon abandoned to rising sea level and the people forced to migrate inland.

Abstract
We report the results of underwater archaeological investigations at the submerged Neolithic settlement of Tel Hreiz (7500 – 7000 BP), off the Carmel coast of Israel. The underwater archaeological site has yielded well preserved architectural, artefactual, faunal and human remains. We examine and discuss the notable recent discovery of a linear, boulder built feature >100m long, located seaward of the settlement. Based on archaeological context, mode of construction and radiometric dating, we demonstrate the feature was contemporary with the inundated Neolithic settlement and conclude that it served as a seawall, built to protect the village against Mediterranean Sea-level rise. The seawall is unique for the period and is the oldest known coastal defence worldwide. Its length, use of large non-local boulders and specific arrangement in the landscape reflect the extensive effort invested by the Neolithic villagers in its conception, organisation and construction. However, this distinct social action and display of resilience proved a temporary solution and ultimately the village was inundated and abandoned.

Seawalls are at best temporary “band-aid” solutions that can slow, but cannot prevent, long-term erosion. Coral reefs, oyster reefs, and Biorock reefs operate under entirely different physical principles as structures full of holes, passages, channels, and crevices that allow water to pass THROUGH them, and so dissipate wave energy by friction of internal services, refracting and diffracting waves instead of reflecting them. These structures are growing, get stronger with age, and are self-repairing because they grow back when damaged. They grow beaches naturally. Coral reefs have been shown to absorb up to 97% of incoming wave energy. As a result they protect coasts from erosion by dissipating wave energy offshore before it reaches the shoreline, and in addition generating new sand from the limestone skeletons of marine animals like corals and oysters, and from coralline algae.

Natural regeneration of ecosystem services protects and builds coastlines and beaches at a fraction of the cost of seawalls, are permanent unless killed by global warming, pollution, or physical destruction and provide rich fisheries resources for coastal populations. Biorock reefs 2-3 times harder than concrete can grow upwards by 1-2 centimeters per year, considerably faster than global sea level rise (now 0.3-0.4 cm/yr) and so can protect coastlines from erosion at minimal cost for adaptation to climate change until climate can be stabilized at safe levels by removing CO2 and other Green House Gases (GHGs) from the atmosphere, the only long term solution over millennial time scales. Biorock electric reefs therefore provide the best possible interim solution until atmospheric GHGs can be reduced. Biorock stimulation of mangroves, seagrasses, and salt marshes allow thee ecosystems to be grown where other methods fail, and will probably the most cost effective carbon sink, burying the most carbon in the smallest area for the lowest cost.