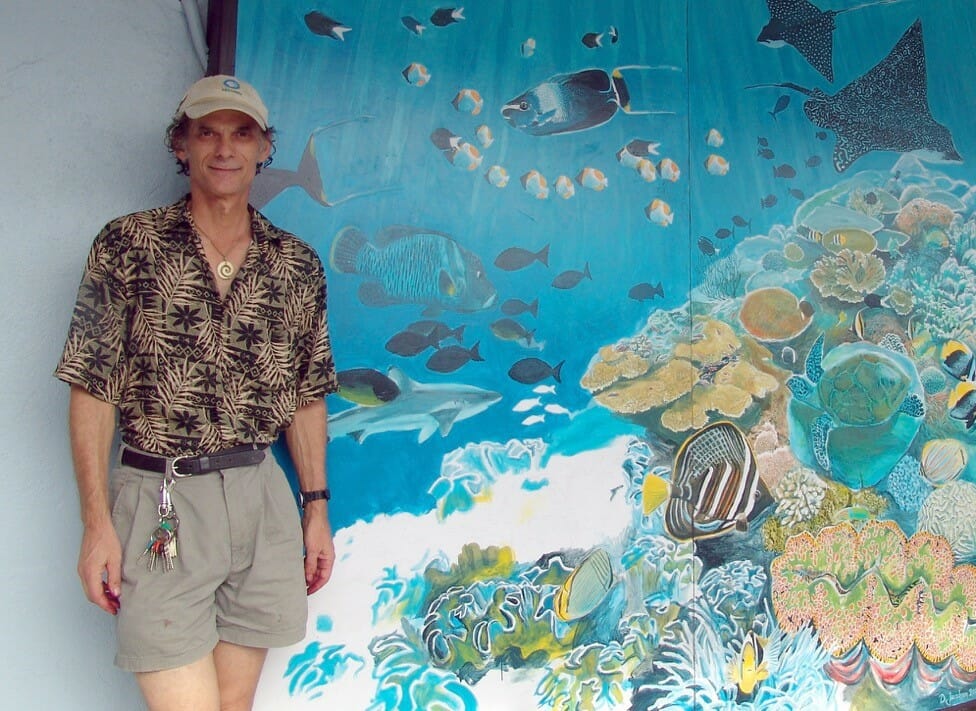 Dean’s strong commitment to both scientific study and protection of the environment led him to a position on the faculty of the College of the Marshall Islands, in Majuro, where he taught marine biology and other subjects. He made the most of his time to swim, photograph, and study the coral reefs in front of his house, and wherever he could get boat rides to.

He quickly realized all was not well, while the outer atolls were largely pristine, most coral in Majuro was dead, starting in the 1940s with massive dredging by the US military that joined tiny separate islands into long airstrips, blocking the natural water circulation of the atoll. Turbidity and repeated dredging for land fill on islands only centimeters above sea level, islands that mostly flooded regularly with sea water twice a year during King Tides, plus the impacts of pollution from sewage and oil spills, plus overfishing, meant there was only one good reef left inside the atoll lagoon.

Unbelievably, this last reef was slated for complete destruction by dredging for killed coral landfill for the airport runaway next to it! The deeper waters in the lagoon are full of sand that could have easily been suction pumped up onto land with little turbidity, but the dredging company had only huge backhoes and incredibly, refused to pump, so as they killed the best reef with dredging, they smothered the sick reefs in mud. Despite harassment Dean filmed the impacts. This reef destruction was paid for by US government funding, approved without environmental impact assessment, in violation of the law.

On islands whose flooding gets worse each year due to global sea level rise, and where only healthy coral reefs can grow the sand beaches and protect them from waves, this was utter insanity! Dean heroically documented this last great reef in Majuro with photographs and murals (like those shown) before it was damaged, and fought to the last to get it protected, not only as the major biodiversity and fisheries resource of the lagoon, but also for providing the shore protection for the airport against waves! Dean found himself up against the richest and most powerful people in the country, the owners of the dredging company that made millions killing their last reef. I was the only scientist who could back him, I had filmed Majuro reefs in the 1980s and gave Dean all the footage so he could document changes.

Dean was one of the first to document plagues of new marine diseases attacking corals in Majuro, perhaps linked to pollution, but he was prevented from isolating the pathogens that caused them by his most unfortunate expulsion from the country. I wrote many letters supporting his efforts to protect these reefs from dredging to US and Marshall Islands Government Agencies, independently confirming his assessments with my own observations, asking them to save this critically important reef from destruction, and to pump sand instead. None of his letters or mine were ever responded to, even though these agencies are legally mandated to. Dean was forced out of his job at the College of the Marshall Islands and repeatedly personally threatened. I was afraid he would be killed, and was relieved when he was only forcibly deported.

You can see his videos on Marshall Islands reefs, dredging destruction, and early flooding events in Majuro, which have become much worse since, at: 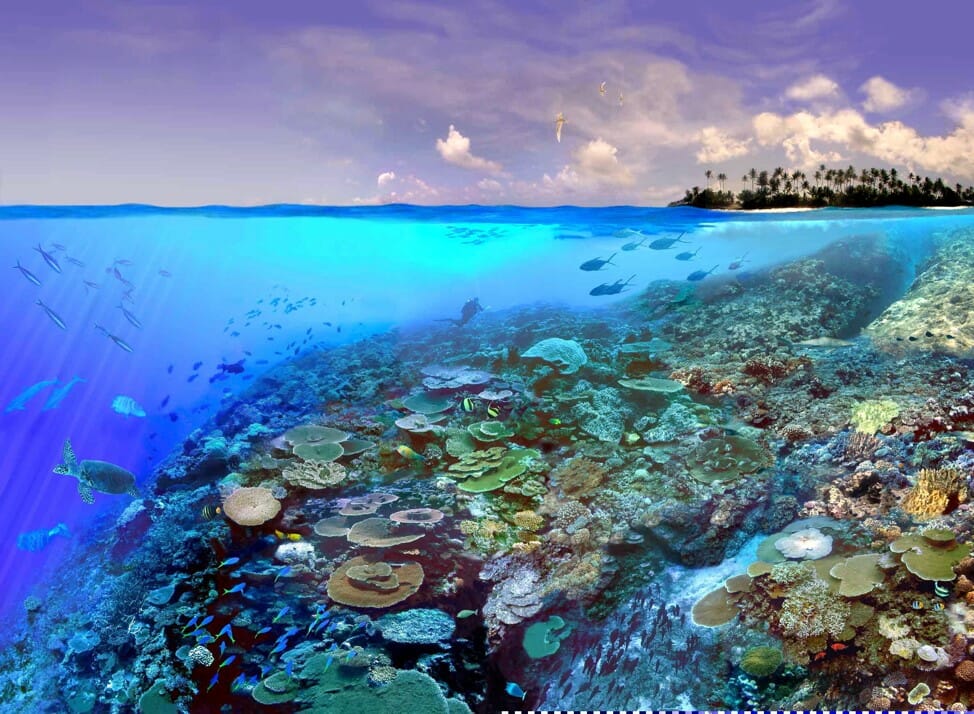 Dean Jacobson was a very accomplished marine microbiologist, doing his PhD at Woods Hole with Bob Guillard, the leading expert on culturing marine phytoplankton, and then worked at the Bigelow Lab in Maine, where, inspired by Lynn Margulis, he developed keen interests in single cell protozoa, the most varied, complex, and least understood of the major groups of life, from which animals, plants, and fungi evolved. He coupled keen microscopy with tremendous skills as an artist to bring out essential features of the cell that could not clearly be seen in the microscope without focusing on many different planes sequentially, turning two dimensional slices into three-dimensional internal complexity captured in his elegant drawings. His lecture notes and slides of this crucially important yet enigmatic group, assembled into a spiral bound book in 2005, are unfortunately impossible to find. Dean continued to update his drawings and his magnum opus will be a major contribution to biological scholarship and education when his long awaited book, Microbial Life: An Illustrated Guide to Single-Cell Diversity, Form, and Function, will finally be published by Cambridge University Press late in 2019. It will be badly needed guide to the group to many researchers in every habitat. It is tragic that Dean will not be here to appreciate the impact this valuable resource will have for biologists and ecologists, or achieve the recognition his work earned. 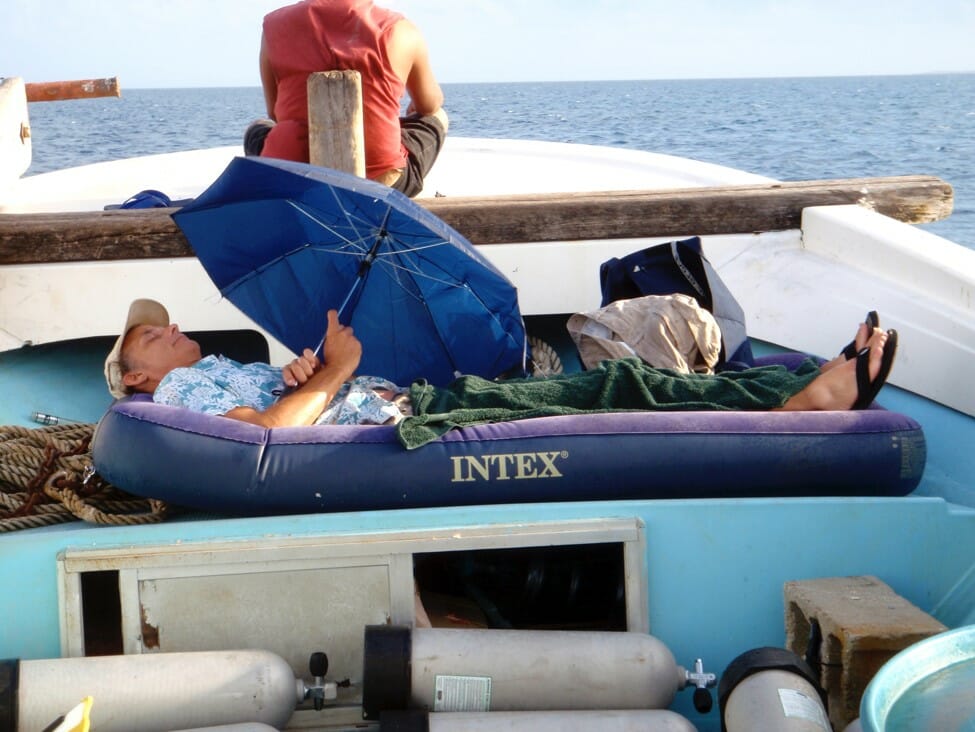 Dr. Dean Martin Jacobson lost his battle for a liver transplant on December 27, 2018 at Providence Sacred Heart Hospital in Spokane with his wife and soul mate, Paula Yup at his side. Dean was born at Edwards, A.F.B., California on November 7, 1957 to Robert and Virginia (Petersen) Jacobson and his older sisters, Linda and Cynthia. He learned at an early age to care for the environment and started the first recycling center at Malibu Park, CA when in Jr. High School. He graduated from Santa Monica High School, Occidental College and Massachusetts Institute of Technology (MIT) Woods Hole campus with a Ph.D. in marine biology. He and Paula married on May 4, 1985 in Falmouth, MA. They traveled the world and lived to reduce their carbon footprint. He worked at the Bigelow Laboratory for Ocean Science in Boothbay Harbor, MA. He taught at Whitworth University and at the College of Marshall Islands in Majuro where Dean realized his dream of living and teaching in a marine community. He championed the preservation of coral beds which were mined for a road along the airport. His zealous environmental efforts forced an end to his tenure at the College. Upon his return to Spokane, he continued his recycling efforts until his health began to fail him. His love for the mountains were equal to his love for the oceans. He spent hours painting creeks and rivers and sharing his paintings with family and friends. His greatest fear was the world not recognizing the true danger of man-caused climate change and the impact on the earth he tried so dearly to protect. Dean strove in every way to provide a safe environment for the future of humanity. Dean is survived by his wife Paula Yup, mother Virginia, sister Cynthia Farrens, nieces and nephew: Melissa Redmond, Emily Sloth and Michael Farrens.

A marine scientist is scheduled to give a Spokane presentation about coral reefs that’s likely to be colorful in more than one way.
Dr. Dean Jacobson, who taught at Whitworth University in the 1990s before leaving with his canoe and dive gear to the Marshall Islands, will speak at 7 p.m. Monday at Mountain Gear Corporate Offices, 6021 N. Mansfield. The program is sponsored by the Spokane Canoe & Kayak Club.
After 12 years of teaching, researching and exploring the islands, Jacobson was arrested, discussed in Parliament and deported from the Marshalls in 2011. He had put up a one-man protest against USA-funded coral reef destruction along Majuro Atoll, the most populous in this group of Pacific Islands.
“I took on a contractor who was waving $20 million to the islands,” he said, noting that he stopped the dredging of one reef – “an accomplishment that gave my life a lot more meaning and satisfaction!”
But ultimately he lost the battle.
“A year later, they moved their dredging to another reef. Many acres of productive coral, huge populations of small reef fish, have been converted with the OK of the (Federal Aviation Administration) into deep sand-filled pits that look like bomb craters.
“The reef was destroyed without proper environmental review at the expense of the U.S. taxpayer.
“The reef had been there for thousands of years, providing habitat for fish and protection to the island from ocean waves.”
Of course, Jacobson’s experience in the Marshalls wasn’t all bad.
“Teaching on the Marshalls was a dream job for a marine biologist,” he said. “I soon began learning everything I could about coral and coral disease. I have the photos and data for a coral reef survey I conducted almost every weekend for 10 years in my back yard.”
The biologist, artist and photographer plans to show images of the reefs, tropical fish and island living, with an emphasis on the impacts of coral dredging, pollution and rising sea levels in the Marshall Islands.
Although the Marshalls are near the equator about twice as far from Spokane as Hawaii, Jacobson said he’s surprised at how many connections they have to Spokane.
“I was in the library on Tuesday and found myself sitting next to a Mormon elder who’d done his mission in the Marshalls,” Jacobson said. “He told me there are roughly 3,000 Marshallese in the Spokane area. “
http://www.spokesman.com/stories/2015/jan/25/spokane-man-spotlights-demise-of-coral-reefs/