Dr. Tom Goreau, President of GCRA is sad to note the death of a greatly valued colleague and environmental hero, Dr. Norman Myers, of Oxford University, one of the world’s pioneering experts on species extinction, conservation, deforestation, and impacts of climate change. 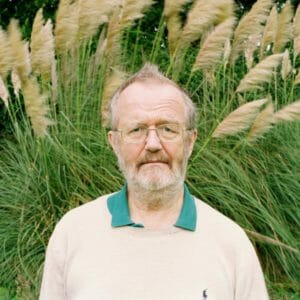 In the 1980s Norman read my papers with William de Mello on the effects of Amazon deforestation on atmospheric chemistry (T. J. Goreau, 1987, The other half of the global carbon dioxide problem, NATURE, 328: 581-582), and invited me to work with him to calculate the cost of removing the CO2 increase by tropical tree planting:

We found that this could be done cost effectively just on lands in Brazil that had been deforested and then abandoned to invasive weeds.

This was one of the first papers to show that tropical environmental restoration, paid for by a carbon tax, could be a highly cost-effective way to remove carbon dioxide from the atmosphere to mitigate global warming.

Norman was a tireless and inspiring writer and lecturer, and world leader in efforts to teach the public and policy makers about the urgency of environmental regeneration through many books detailing the global environmental crisis.

Tragically he was struck down by dementia and Parkinson’s Disease, and unable to speak, read, or write, suddenly vanished from public awareness.

I thought he had died, and only found out years later when I gave a lecture on coral reef regeneration at Oxford that he was still alive, but unable to recognize his former colleagues.

He was a true environmental hero.

Some of his pithy quotes can be found at: