“Rough Play or Bad Intentions? Orca Encounters Off Iberia Baffle Experts”, New York Times, September 20, 2020 reports that a well known school of Orcas (killer whales) whose resident range is around both sides of the Straits of Gibraltar, have suddenly started mass attacks on small boats.

All experts interviewed by the press said there is no obvious explanation for this sudden change, but we think there is!

Orcas are very well known to attack floating ice and tip it over in order to eat polar bears, seals, walruses, etc on top of them, and there are numerous accounts of terrifying attacks on Arctic and Antarctic explorers too. Sealskin clad fishermen in small boats in Alaska and British Columbia were sometimes attacked. 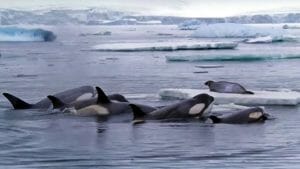 Marine mammals are fast learners. It seems obvious that this group has just recently learned that boats are packed full of food, and they’re very hungry, the big fish are gone!

The Straits of Gibraltar are a major transit point for small boats packed full of tens of thousands of desperate migrants. The Covid pandemic is causing more people to cross.

The orcas seem to have recently learned there’s fast food inside. There must be missing small boats and many vanished passengers, and until a lucky survivor is rescued, there won’t be proof. 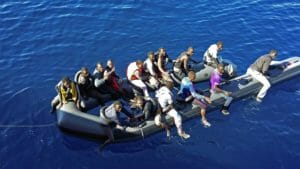 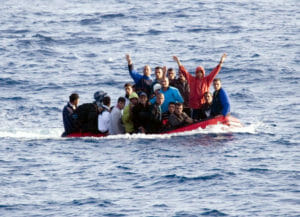 The great intelligence and memory of marine mammals is shown by wild dolphins coming back repeatedly to check the site where captive dolphins had been previously imprisoned: