They were built and installed in 2015 by two Panamanian divers, Gabriel Despaigne Ceballos, President of Diving Contractors Panama SA, and Dr. Thomas Joaquin Goreau-Arango, President of the Global Coral Reef Alliance. The coral projects are visible on live camera at the Galeta Laboratory web site:
http://www.stri.si.edu/english/site_tools/webcams/galeta/
It is crucial for the corals to have the extra energy provided by the Biorock process before coral bleaching affects Panama, which is expected soon since temperatures there have reached bleaching levels unusually early in the year. Biorock corals show up to 50 times (5,000%) higher survival after severe bleaching.

RESULTS
Results to date show that all coral species are have grown very well on the Biorock reef (Agaricia tenuifolia, Porites astreoides, Porites divaricata, Montastrea (Orbicella) annularis, Siderastrea siderea, Stephanocoenia intersepta).
In contrast only one coral species is doing very well on the control structure, Porites divaricata, while the other species have shown considerable mortality.
The Biorock structure is not rusting, and is growing limestone rock over the steel, becoming thicker and stronger with age. The control structure is rusting, becoming thinner and weaker with age. Eventually the control structure will collapse, and then any surviving corals should be transplanted to the Biorock structure.
Fish constantly move between the reef structures and the surrounding areas, so they are hard to count. However there appear to be more fishes, and especially more juvenile fishes, in and around the Biorock structure than the control structure.
Both the seagrass and mangrove projects had good growth of minerals on them. The seagrass bed on the reef flat was badly damaged by sedimentation during recent boat channel excavation, and most of the seagrass seemed to be dying, yet the Biorock seagrass was lush and green. This could be because the Biorock seagrass was less affected by sediments or due to more rapid growth. Loss of seagrass on the reef flat will result in increased erosion and reduced capacity to adapt to rising sea levels.
There was good growth of marine organisms, including corals, sponges, and oysters on the mangrove roots in the mangrove project area, as well as numerous juvenile fish, seemingly more than in similar areas further away.
The projects were all working well until February 2017. Shortly after that Trevor Mendelow of View Into The Blue sent Zachary Rago to maintain the camera. All 6 electrical cables to the projects were cut, and all of the electrodes and the sign on the project honoring the memory of the first Panamanian marine biologist, were missing afterwards. After the vandalism was found in May, all cut cables were immediately repaired and the stolen electrodes replaced. Only Goreau, Despaigne, and Mendelow knew where they were, and other than Rago no one else visited the site, which is under armed guard. An improved mounting for the charger was made. However, since the electrician was away we were unable to change the old, badly corroded electrical junction box at the base of the pillar to which the charger is mounted. This could leak in heavy waves, causing risk of electrical shorting. We bought a new outdoor junction box with seals and will replace the old one at the first opportunity. In addition, we will hard-wire the charger directly into the power line with its own on/off switch, so that both the outlets will be available to the lab (one is now occupied by the charger plug).

RECOMMENDATIONS
Recovery from sabotage:
Within a day after power was restored new patches of white minerals could be seen growing on the Biorock structure, while the control shows red rust spots. It is important to document the recovery of the project after several months without power. The Biorock corals should become more fluorescent, darker in color, and grow faster again.
There appears to have been an increase in stinging hydroids on the project while the power was off, similar to those seen on the control. Hydroids are common on artificial steel substrates in the ocean, but rare on Biorock reefs, so it is expected that they will now decrease on the Biorock but not the control.

Corals:
The Colon area has been at near bleaching temperatures for a couple of months, unusually early in the year, and bleaching is likely later in the year when water temperatures usually rise. Because the benefit of the Biorock process is the DIRECT effect of the electrical field, and is not residual, it is especially important to maintain power continuously when bleaching hits.
The results so far (despite months without power due to sabotage) are so good that more naturally broken corals should be rescued and transplanted when the opportunity arises. However, it is very important that the size and color of the corals be documented photographically right away, so that future changes in them can be documented. The fish populations in both Biorock and control domes, and nearby control sites should be documented. Regular photographs of the corals are needed to measure growth rates, which would be an excellent project for a Panamanian marine biology student.
Because the charger is being used well under capacity, the projects can be expanded. We suggest use of long wires from the Biorock project to add a small trickle charge to the nearest natural coral reefs at the edge of the channel and see if their growth is also stimulated (as we have found in Indonesia). That way much larger areas of reef will benefit by faster coral growth, higher coral settlement, and higher resistance to sedimentation and bleaching from high temperatures.

Seagrass:
Changes in seagrass biomass, growth, sediment carbon, and commensal organisms should be documented, but a comparable control site nearby needs to be selected. The Biorock method should be applied to damaged seagrass in the heavily sedimented area to see if their recovery is enhanced, as is expected.

Mangrove:
It is hard to compare the effects of the mangrove project because it is in the middle of a mature mangrove that is impossible to walk through. It is recommended that new mangrove plots be established near the boat ramp, where sedimentation has raised the bottom into the intertidal zone and where mangroves are now spreading outward. Small Biorock and control plots can be established with Rhizophora seedlings transplanted in them, so that the effects on above ground and below ground mangrove growth can be documented. Both sea grass and salt marshhave been shown to have higher root and shoot growth with Biorock. Since most mangrove and seagrass transplantation projects fail because the roots fail to establish before waves wash the plants out, Biorock methods could greatly increase success of large scale mangrove restoration that will be increasingly needed when sea level rise accelerates. Small Biorock plots could be powered by a solar panel.
A graduate student from Ecuador, Fatima Andrade, is interested in doing a mangrove restoration project there for her Masters thesis, doing field work from February to August 2018. Since the project will become a long term one, a Panamanian student should be trained to continue the project. An application should be made to STRI for this proposed project with Stanley Heckadon and Tom Goreau as PIs.

Camera:
The camera wiper arm is not working, and the dome was seen to be covered with sediment, blocking the view. This should be wiped clean from time to time. Whenever Trevor Mendelow, Zachary Rago, or anyone from VITB, comes to check the camera, they need to be watched closely at all times, especially when in the water, to prevent future theft and vandalism.

PHOTOS
Below are all the photos of the project, in the interest of complete documentation, although some are repetitive. We also have video taken at these and other times. We will download these from back-up drives, edit then, and post them later.
June 13 2015 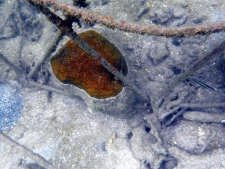 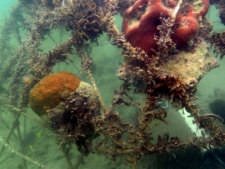 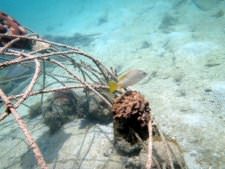 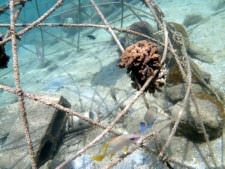 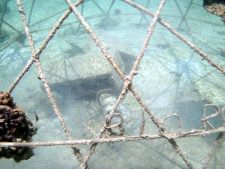 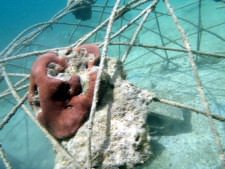 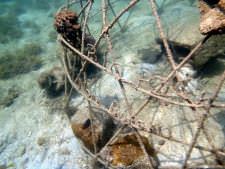 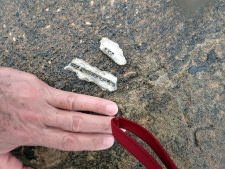 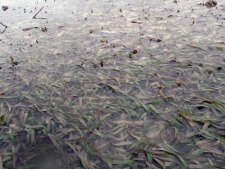 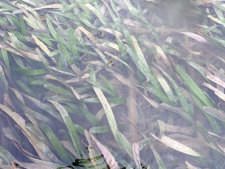 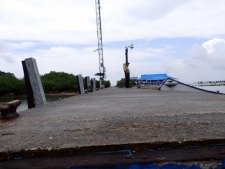 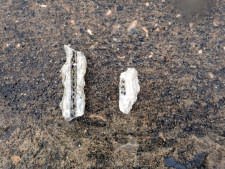 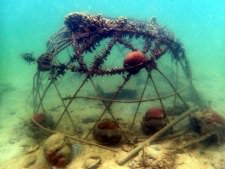 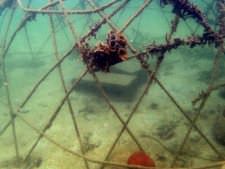 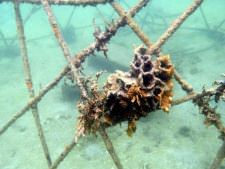 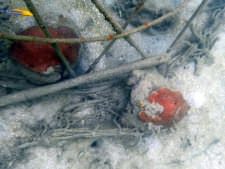 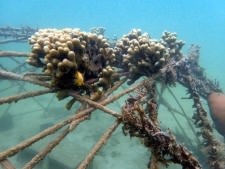 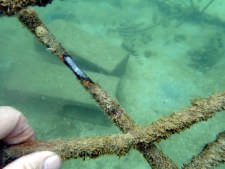 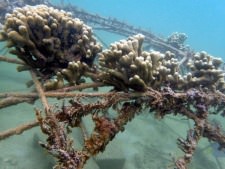 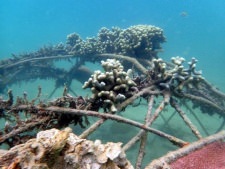