Ninety years of change on the Great Barrier Reef

Ninety years ago the Cambridge University Great Barrier Reef Expedition at Low Isle laid the foundations of modern coral research.
The Global Coral Reef Alliance team has just spent the week with a Canadian documentary film crew filming the Low Isle reefs to document the changes since 1928.
The 1928-1929 expedition did pioneering work on the physiology of corals, on water quality, and many other subjects, covered in a voluminous series of scientific reports.
The Expedition found that corals bleached if their temperature was raised about one degree C, and died if it was raised about 2 degrees C. These limits that have not changes in nearly a century. They also discovered mass coral spawning, and found that corals would avidly eat small zooplankton animals, but would not eat microscopic plants, or phytoplankton.  These fundamental findings were only “discovered” by Australian coral scientists generations later.
They had no underwater diving gear or underwater photographic equipment, so their photos were of exposed coral reefs at low tide, corals collected from tide pools, and water samples. At one point they borrowed pearl diver’s helmets and pumps, and dived to see the reef, limited to the length of the hose, but unfortunately they had no underwater cameras to record the reef below the water surface. 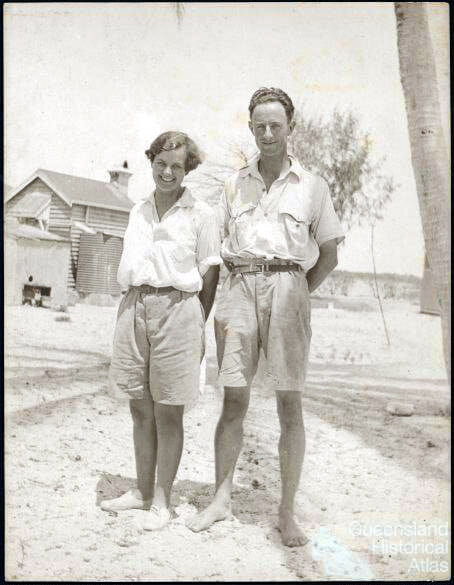 Sir Maurice Yonge, leader of the Cambridge University Great Barrier Reef Expedition with his wife Mattie, the expedition doctor, on Low Isle in 1928.

The first underwater photography of the Great Barrier Reef was not done until 1950, by my grandfather Fritz Goreau (who used the professional name Goro), the inventor of macro and close up photography, and many other methods of scientific visualization to reveal what previously could not be seen or imaged. He photographed reefs underwater along the length of the GBR, all the way to Mer (Murray Island) in the extreme north end of the GBR near New Guinea (which Yonge had identified as the best reefs in the GBR), and  he photographed along the entire GBR from the air. 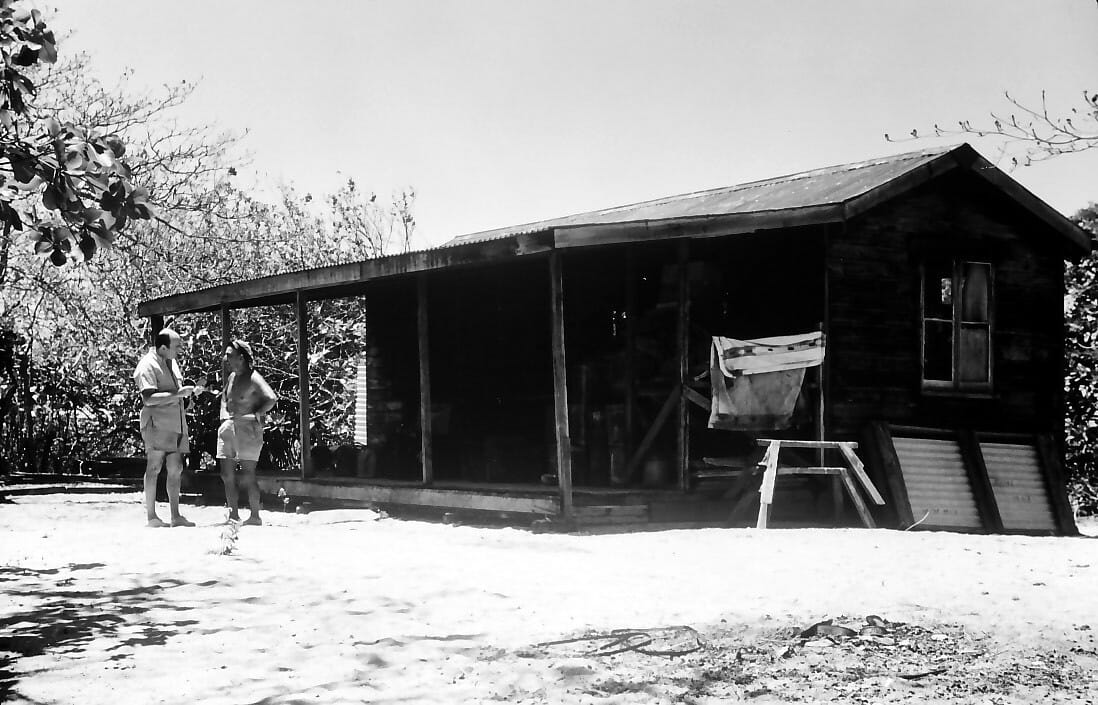 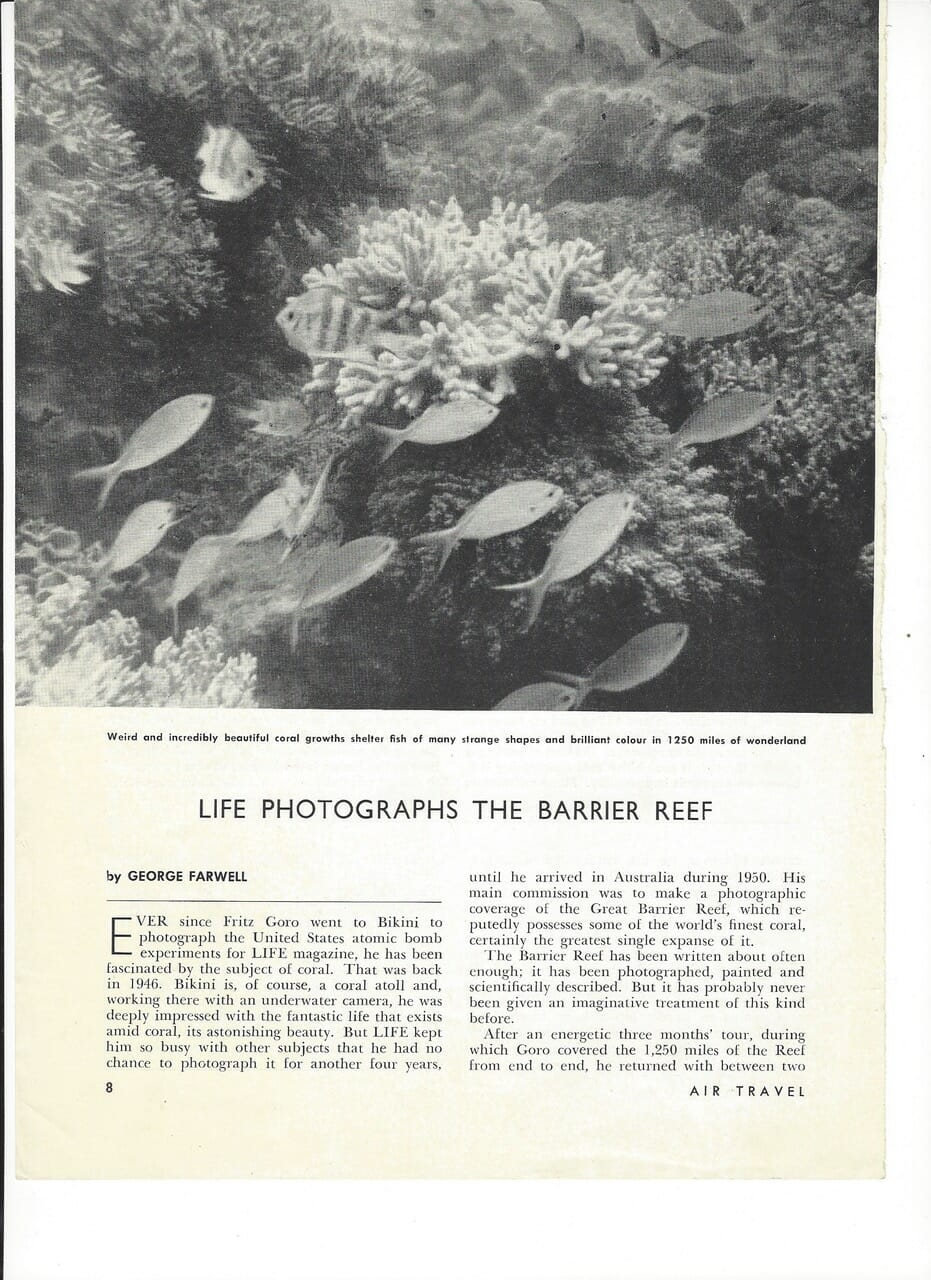 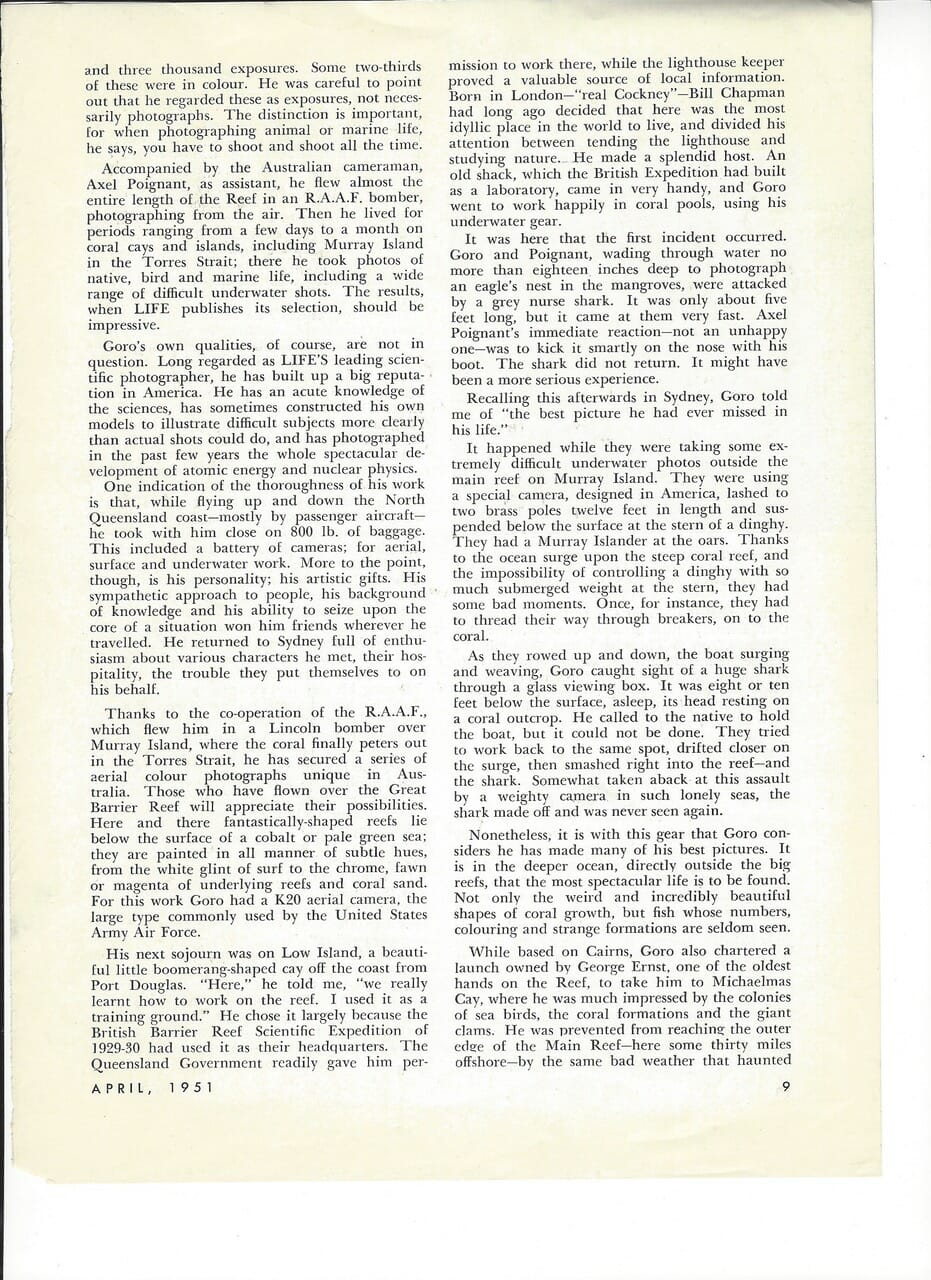 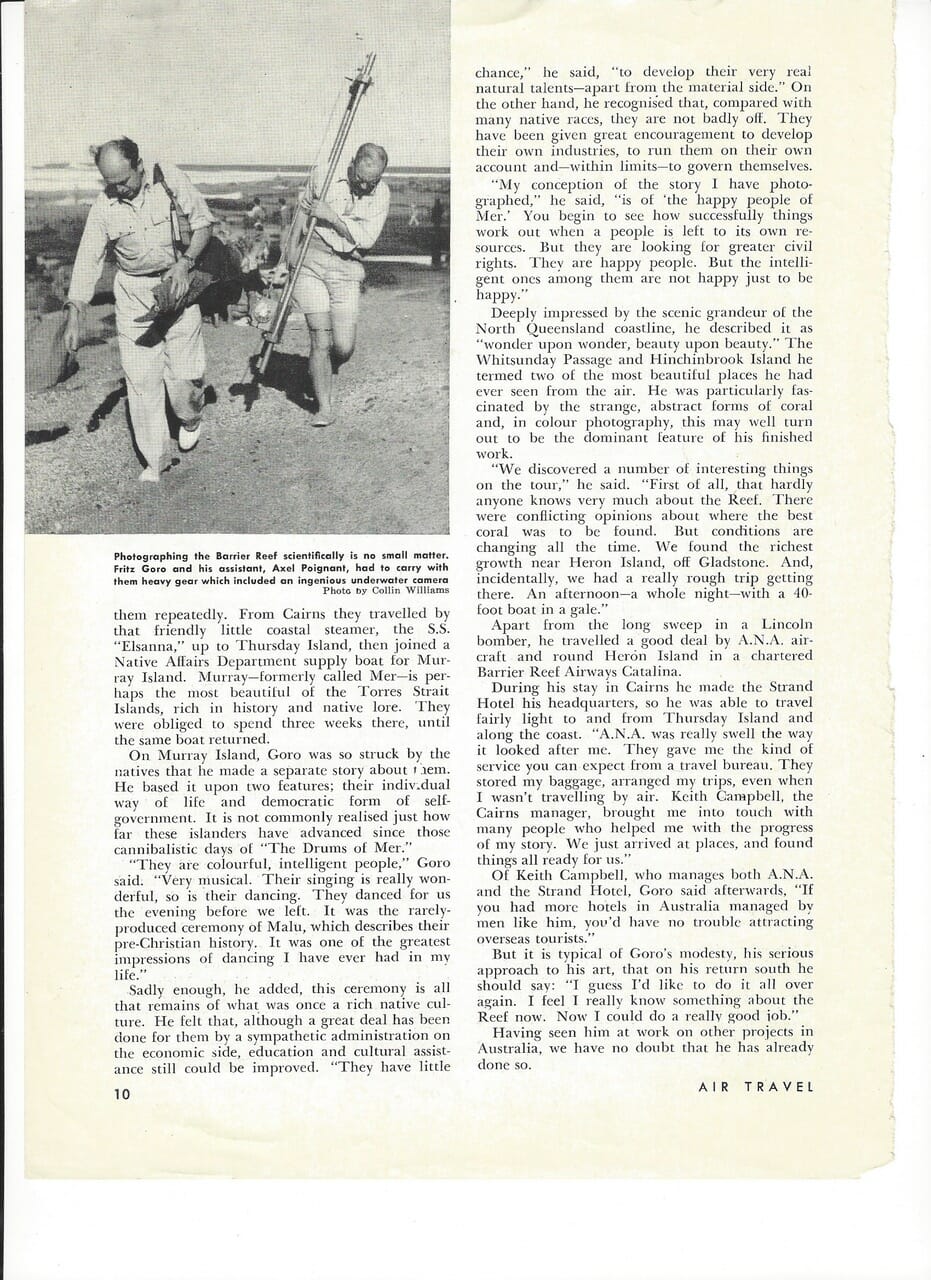 After my father, Tom Goreau, pioneered diving marine science in the 1940s, first explored the ecological zonation of coral reefs, and did pioneering work on the anatomy, ecology, physiology, and biochemistry of corals, Sir Maurice adopted our family as his scientific successors. My father, my mother, Dr. Nora Goreau, the first Panamanian and Central American marine scientist, and I worked with Maurice researching coral physiology, giant clams, and Fungiacava, most unusual clams we discovered in the Red Sea that are invisible because they bore inside of coral skeletons and feed directly out of the coral’s stomach. After the 1928 Great Barrier Reef Expedition, Maurice became the world’s top authority on the mollusks (clams, snails, and their relatives), and published classic books on the ecology of marine life around Britain. He told me in his old age that he had never expected to work on coral reefs again, but working with my father rejuvenated him and gave him a new lease of life. 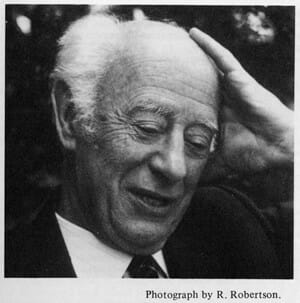 Sir Maurice Yonge as I knew him